INDIAINDIA & BEYOND
By Sambad English Bureau On Aug 27, 2018 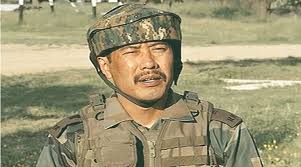 Srinagar/New Delhi: An Indian Army officer who was caught with a woman in a Srinagar hotel on May 23 is likely to face court martial after he was indicted by a court of inquiry.

According to Army sources, orders have been issued to initiate disciplinary action against Major Leetul Gogoi on two accounts.

“For fraternizing a local in spite of instructions to the contrary and being away from the place of duty while in operational area,” an Army source said.

The source said the Army was “likely to initiate court martial against the officer”.

Major Gogoi was caught on May 23 in a Srinagar hotel with a Kashmiri woman and a man who works for the Army.

He was questioned by police and was let off after the woman told the police that she had wilfully accompanied the officer.

Army Chief General Bipin Rawat, during a visit to Srinagar after the incident, said “strictest possible action” would be taken if Major Gogoi was found guilty “of any offence”.

Major Gogoi hit the headlines in April 2017 when he tied a man to the bonnet of his military vehicle to deter stone pelters from attacking his troops and election staff in the district of Budgam in the Kashmir Valley.

The incident took place after last year’s by-elections in the Valley. An FIR was filed against Major Gogoi after the April 9 incident.

Major Gogoi, who is said to have been effective in counter-insurgency operations in the Kashmir Valley, was awarded a commendation certificate by the Army Chief last year. (IANS)