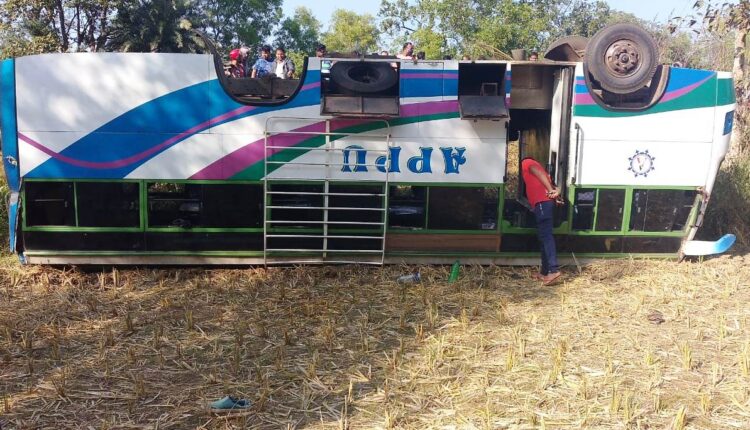 Baripada: Around 20 persons sustained injuries as a bus in which they were travelling overturned near Kalikapur in Rairangpur area of Odisha’s Mayurbhanj district today.

The ill-fated vehicle carrying passengers was heading towards Baripada from Rairangpur. The driver of the bus lost control over the wheels, following which the vehicle skidded off the road and turned turtle on a roadside farmland.

On being informed about the mishap, police and Fire personnel rushed to the spot and initiated rescue operation. While most of the victims have been admitted to the Rairangpur sub-divisional hospital, those who sustained critical injuries were taken to Pandit Raghunath Murmu Medical College & Hospital here for treatment.

The driver and conductor of the bus fled the spot after the accident. Police have seized the bus and started investigation.

No alcohol for 2 months after Covid vaccine, experts tell why

Open Awaas+ portal to include eligible families from Odisha:…