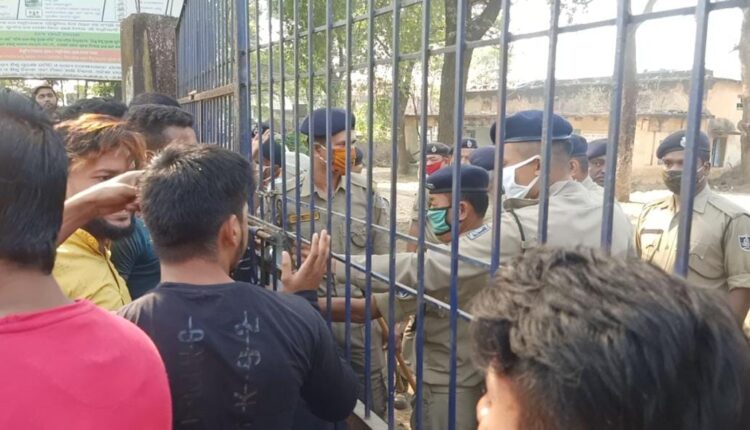 Sundargarh: Tension ran high at Birmitrapur police station in Odisha’s Sundargarh district today as hundreds of locals gheraoed it demanding action over the alleged custodial death of an arrestee.

According to reports, Birmitrapur police had arrested one Tarique Salim in a case and he died yesterday. While his family members alleged that he died while being under police custody, SP Sagarika Nath refuted the allegation.

The accused was initially admitted to the Kuarmunda Hospital and later shifted to the Rourkela Government Hospital (RGH), where he died while undergoing treatment, the SP said.

Following the death of the arrestee, the irate locals gathered in front of the police station and tried to barge into it. On being informed about the incident, SP Nath reached the spot and tried to pacify them.

One killed, 10 injured as vehicle overturns in Malkangiri