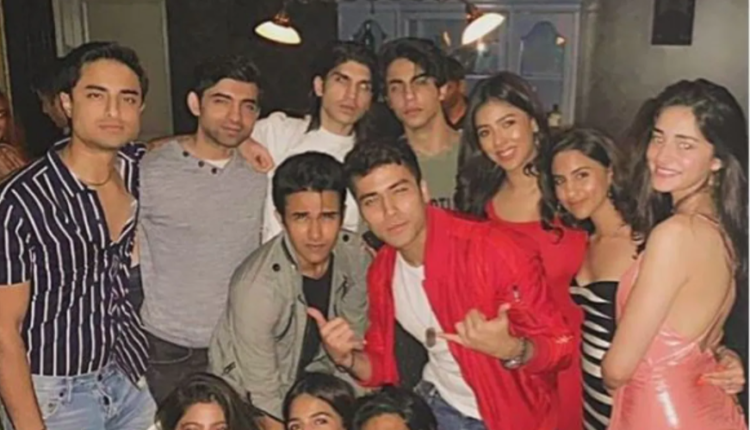 Mumbai/Bhubaneswar: The Narcotics Control Bureau (NCB) on Thursday paid a visit to Bollywood actor Chunkey Panday’s house and served a summons to his daughter Ananya Panday.

Ananya was asked by NCB officials to appear at their office on the same day at 2 pm for questioning.

At the same time, another NCB team visited superstar Shah Rukh Khan’s residence, ‘Mannat’. Shah Rukh’s son Aryan Khan has been embroiled in a sensational drugs-related case that has hogged all the limelight on both social media and national news media. The search operation at both Shah Rukh and Ananya Panday’s home was carried out after the NCB submitted to a Mumbai court the chat messages of Aryan with an ‘upcoming Bollywood actress’, claiming that both the youngsters were discussing drugs.

Ananya, Aryan, and the latter’s younger sister Suhana Khan share a close bond with each other and are often seen together at parties and other events.

According to reports, Ananya is Suhana’s best friend but shares a close friendship with Aryan as well. In an earlier interview, Ananya had stated that both the Khan kids were very talented and were destined for big things in life. She admitted that Aryan was more inclined towards film direction rather than acting. Ananya further showered praise on Aryan, claiming that SRK’s son was a very good writer and was witty as well.