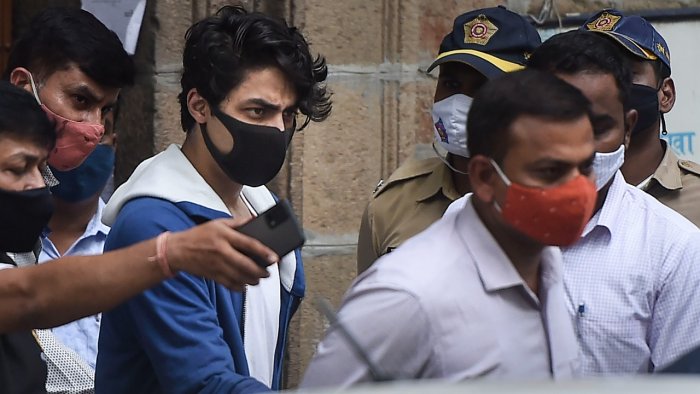 Mumbai/Bhubaneswar: The Mumbai Sessions court will pronounce its order on the ongoing Aryan Khan bail hearing on October 20.

Bollywood superstar Shah Rukh Khan’s son Aryan was arrested on October 2 along with seven others after the Narcotics Control Bureau (NCB) carried out a drug raid on a cruise ship off the coast of Mumbai.

Aryan’s bail plea was rejected by the court on Friday. Aryan as well as other co-accused Arbaaz Merchant was sent to Arthur Road Jail whereas and Munmun Dhamecha will remain in judicial custody at the Byculla Women’s Jail for the next five days on account of public holidays over the next few days.

“Let him be a free man. Let strict conditions be imposed upon him. But this is a fit case for bail. Even if 37(2) I have satisfied requirements under that and there are no antecedents,” said advocate Amit Desai, arguing for Aryan’s bail.

“The fundamental argument is that there was a rave party. I was not found with anything. I cannot be held responsible. There is nothing on the phone about the messages about rave party.This young man was overseas for a while. In those countries some times lot of things are legitimate. I don’t know what kind of chats are there. I have not seen. The possibility of conspiracy and speculation cannot hold me back in this case,” he added.

After hearing heated arguments by the prosecution for the Narcotics Control Bureau (NCB) and the defence lawyers, Special Judge V.V. Patil kept his verdict on the bail pleas of Aryan Khan, Merchant and Dhamecha, who are among 20 nabbed so far in the sensational rave party raid of October 2, in abeyance for the next five days.

A day after alleging that Aryan Khan was prima facie involved in “illicit drug trafficking, procuring and distribution of contraband”, and having links with some international persons, the NCB said he was a “regular consumer” of drugs.

It said that though no drugs were recovered from him, Aryan Khan was in “conscious possession” of the contraband as he is linked with Merchant, from whom 6 gms charas was found and Aachit Kumar from whom 2.6 gms ganja was recovered.

Additional Solicitor General Anil Singh, representing the NCB, said that in Aryan Khan’s WhatsApp chats, there is a specific reference to bulk quantity and Aryan Khan is not a first-time consumer, and the evidence on record shows that he is taking drugs since the past few years.

Special Judge Patil also hinted that he would examine the allegedly incriminatory chats.

However, Merchant’s lawyer Taraq Sayed argued that the NCB could not check the WhatsApp chats as the mobile phones were not seized under a ‘panchnama’, which Singh countered saying that there was a voluntary surrender and statement of accused.

Aryan Khan’s lawyer, senior advocate Amit Desai rubbished the allegations as baseless and argued that there was no drugs recovery from him, nor did he have cash so he had no plans to purchase drugs, nor was he going to sell or consume them.

Strongly pleading for bail, the lawyers of the trio said they were invitees to the party and denied any involvement in the alleged illicit drug trade claimed by the NCB and also said that the alleged recoveries from Merchant and Dhamecha was a “small quantity” and no commercial quantities.

Desai urged that bail may be granted to Khan as it would not affect the NCB’s ongoing investigations, and said the agency was relying on certain alleged chats (“Lets have a blast”) without verifying them as there is nothing to suggest they have any connection with the current case.

Strongly opposing the bail pleas, the ASG said that the NCB will investigate how they are all connected to each other and establish a “conspiracy” and bail could be considered at an appropriate stage.

NCB’s Special Public Prosecutor Advait Sethna argued that the agency recovered 2.6 gms ganja from Kumar, who was nabbed after Khan’s statements, which points to a conspiracy, while citing precedents where bail was rejected for even much smaller quantity of drugs recovered from the accused.