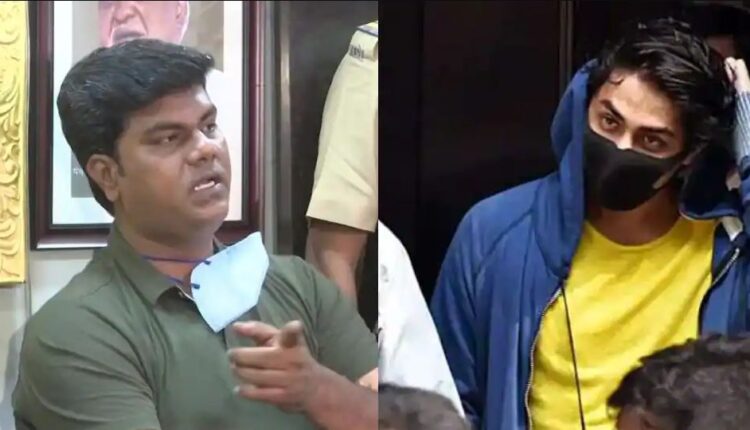 Mumbai: Taking serious cognizance of the death of Prabhakar Sail due to a suspected heart attack, the Maharashtra government on Saturday ordered the police to probe his sudden demise.

After doubts were raised over the death of Sail — a key ‘panch witness’ in the infamous Narcotics Control Bureau (NCB) raids on the Cordelia Cruise ship last October, Home Minister Dilip Walse-Patil has directed Mumbai Police to investigate.

Sail, in his mid-40s reportedly suffered a cardiac arrest at his home in Mahul, Chembur, according to his lawyer Tushar Khandare.

His grieving and aged mother Hiravati Sail told mediapersons that her son had been incommunicado for the past few days, and leaves behind two minor daughters.

BJP legislator Atul Bhatkalkar wondered whether Sail had meted a fate similar to the Thane businessman Mansukh Hiran who was found murdered after the sensational case involving a SUV with 20 gelatin sticks was recovered near the home of industrialist Mukesh Ambani, erupted in February 2021.

Soon after the October 2 raids aboard the cruiser, Sail had created a stir accusing then NCB Mumbai Zonal Director Sameer Wankhede of various irregularities, and hurled allegations of extortion from Bollywood actor Shah Rukh Khan whose son Aryan was among those detained and later arrested.

Besides Aryan Khan, around 19 others were nabbed and two are still in custody, while the NCB has been granted two months’ extension to file its chargesheet in the Cordelia Cruise ship swoop case.

Sail — who was described as a personal bodyguard of another independent witness and a BJP activist K.P. Gosavi, had later made several shocking revelations that raised serious questions on the NCB raids and Wankhede.

Incidentally, after the claims by Sail and later the serial exposes made by Minister Nawab Malik in the case, Gosavi came under a cloud and was arrested by the Pune Police in a cheating case.