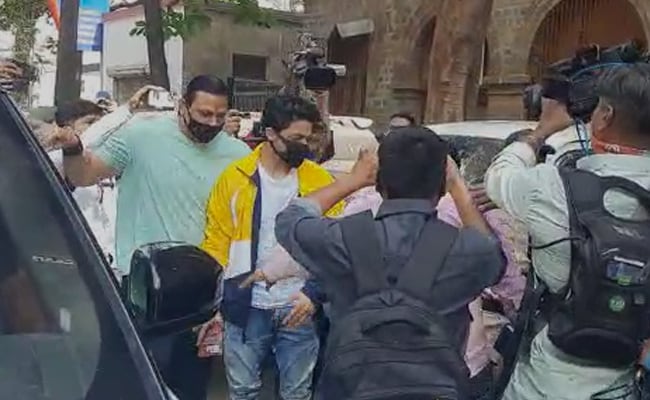 Mumbai: A witness in the drugs-on-cruise case made a startling revelation before the Special Investigation Team (SIT) that Aryan Khan, the son of Bollywood superstar Shah Rukh Khan, was framed by certain people.

Vijay Pagare recorded his statement on November 4 claiming that the raid on the luxury cruise ship on October 2 night was pre-planned and Aryan Khan was framed.

He claimed that he had been living with Sunil Patil for the last few months to recover certain amount of money from the latter. During his stay, he witnessed the alleged extortion and framing of Aryan Khan.

Yesterday, Maharashtra BJP leader Mohit Kamboj Bharatiya alleged that Sunil Patil was the mastermind in the sensational case in which Aryan Khan was arrested. He claimed that Patil was closely associated with the leaders of NCP.

According to media reports, Sunil Patil, who hails from Dhule, had close connections with all the top Nationalist Congress Party leaders and ministers and had prior knowledge of the rave party busted on the Cordelia Cruiser by a team of NCB headed by Wankhede on October 2 night.

The national media quoting Bharatiya claimed that Patil was a friend of former state minister Anil Deshmukh’s son Hrishikesh Deshmukh. He revealed that Anil Deshmukh had allegedly met a drug peddler namely Chinku Pathan, an aide of gangster and drug kingpin Dawood Ibrahim Kaskar once at a government guest house during lockdown.

However, the NCP national spokesperson and Maharashtra Minister Nawab Malik rubbished Bharatiya’s claims, terming it as an unsuccessful attempt “by a member of Wankhede’s private army to misguide and divert attention from the truth”.