ASHA worker dies in Odisha while on Covid-19 duty 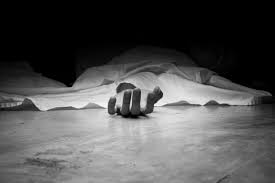 Keonjhar: A frontline Covid-19 worker died while on duty here yesterday. An ASHA worker identified as Rukmani Mahanta (55) was a resident of Shridharpur village in the district.

According to sources, Rukmani along with her colleagues was distributing food packets from door-to-door and suddenly fell unconscious. She was immediately rushed to a private hospital in Champua in a critical condition.

Later, she was shifted to District Headquarters Hospital(DHH). However, she died while undergoing treatment. Rukmani was suffering from hypertension and diabetes, sources said.

The District Anganwadi Workers’ Association have demanded adequate compensation to the family of the deceased.

Recently, there was another incident where a Covid-19 warrior, Asha worker Abanti Pradhan who also died while performing duty in Angul.

Odisha CM Naveen Pattnaik had earlier announced that martyr status would be accorded to all health personnel and other support staff who lost their lives fighting Covid-19. They would be provided funeral with State honours.