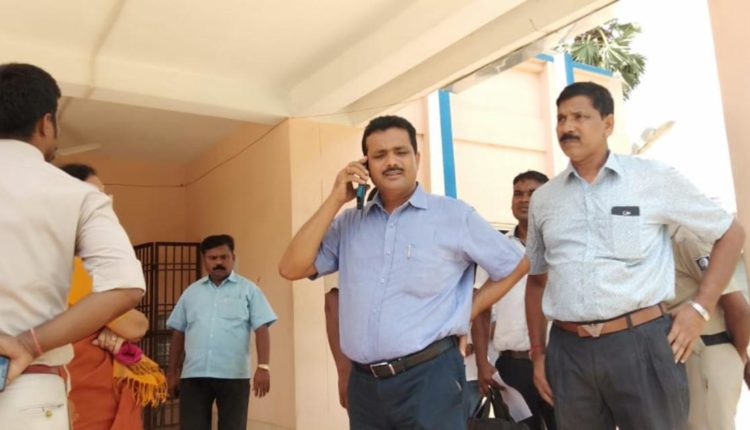 Kendrapara: The Assistant Sub-Inspector (ASI) of Aul Police Station in Kendrapara district was caught red-handed while he was accepting a bribe of Rs 5,000 today.

Sources said ASI Ranendra Samal had demanded the bribe from one Banambar Das to settle a village dispute. Das brought the matter to the notice of Vigilance. Later, a team of the anti-graft wing laid a trap and caught the ASI red-handed while he was accepting the bribe money this morning.

Further investigation is on in this connection, sources added.