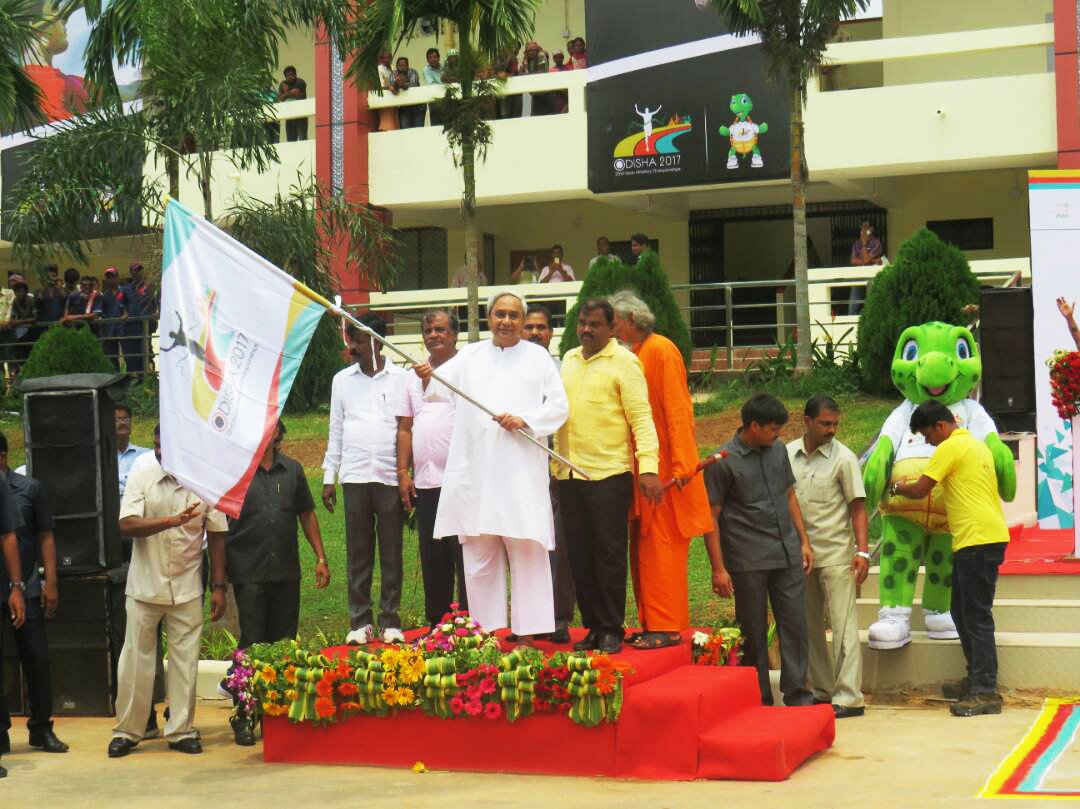 Two road show vehicles will carry ‘Olly’ Turtle– the mascot of the sporting event– and shall cover all the district headquarters and cities of Odisha.

“The preparations for the 22nd Asian Athletics Championships are at the final stage. Today the road show of the mascot ‘Olly’ started. I am confident that the championship will be one of the successful sport event of our century. Bhubaneswar has emerged as a sought-after destination for international sports competitions,” the CM said.

“The Olive Ridley turtles are our state’s pride. And I hope that through our mascot, Olly, we can create more awareness about their protection and conservation throughout the country,” he added.

Sports Secretary Vishal Kumar Dev said the championships is a testimony to Odisha’s keenness to go the extra mile and bring international sporting events to the state.

“Through this, we hope to provide our athletes and sportspersons exposure to the best sporting talent in the world and raise the profile of the state in the field of sports. We are proud to be hosting Asia’s biggest athletics event,” said Dev.

He added the beautifully designed mascot will generate awareness amongst the masses and create a sense of belongingness to the championships.

Worth mentioning, Olly represents the endangered Olive Ridley sea turtles that travel thousands of miles in the ocean and arrive in millions every year on Odisha’s Rushikulya and Gahirmatha beaches for their annual nesting.

Notably, the 22nd Asian Athletics Championships is scheduled to be held at the Kalinga Stadium here from July 6 to 9.

More than 700 athletes from around 45 countries would participate in 42 events— 21 for men and 21 for women.

Through this meet, the state government will be contributing towards raising awareness for protection of the endangered species and preserving their natural habitat.

This is for the third time that the Asian Athletics Championships will be held in India, after New Delhi (1989) and Pune (2013).

The 22nd edition of Asia’s flagship Athletics meet is also going to be its biggest ever, with nearly 1,000 athletes participating in the competition which will be a qualifying event for the International Association of Athletics Federations (IAAF) World Championships in London.