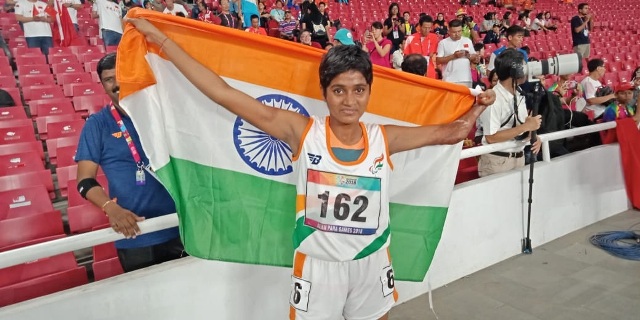 This was the second medal for Jayanti at Para Asiad 2018. She had earlier won a bronze by clocking a time of 27.45 seconds in the 200 metres sprint.

Jayanti, a student of Gurukul Athletics at Sakhigopal in Puri district, had bagged gold at 400 mt race in China Open Para Athletic Grand Prix Championship held in May 2017. She had also bagged silver medal in 100 -mt sprint at the Asian Youth Para Games-2017 in Dubai.