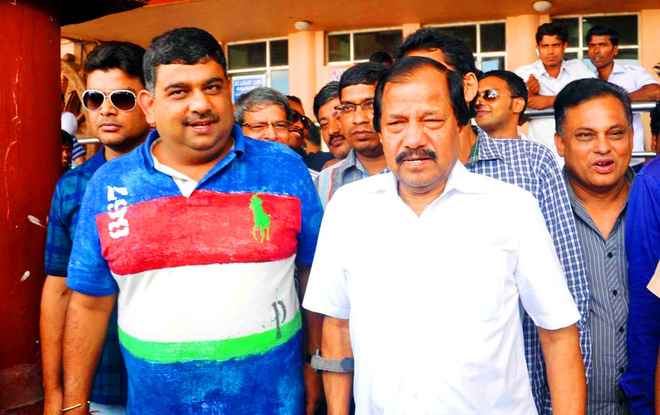 Asirbad Behera and Ranjib Biswal today stepped down from the post of secretary and president of the Odisha Cricket Association (OCA), respectively as per the recommendations of Lodha Committee, reports said.

All other office bearers of the OCA also quit their posts, sources said.

On the other hand, a committee has been formed for smooth conduct of the One-Day International (ODI) match between India and England scheduled to be played at the Barabati stadium here on January 19.

Cuttack-Barabati MLA Debashish Samantaray has been appointed as the chairman of the committee and will be cooperated by OCA CEO Bidyut Nayak, reports added.

“Respecting the Supreme Court ruling and Lodha Committee recommendations, I stepped down from the post. If MLA Debashish Samantaray wants, I will extend my support towards the committee to make the match a successful one,” said Ranjib Biswal.

“I have always been the chairman of the organising committees formed for ODI matches at Barabati stadium since 2009. Hence this is not a new responsibility. The upcoming match would not be affected due to the decision of Behera and Biswal to step down from their posts as preparations for the match have been made 4-5 months ago,” said Debashish Samantaray.

“After getting the Supreme Court’s order by mail through BCCI CEO Rahul Johri on January 2, I held a meeting with all the 18 office bearers of the OCA today. We unanimously decided to hand over all the charges of the upcoming match to Debashish Samantaray, who is the chairman of the organising committee. Not as officials, but as members of the OCA we will fully support him in making the match successful,” said Asirbad Behera.

No decision as yet on SP’s election symbol: CEC