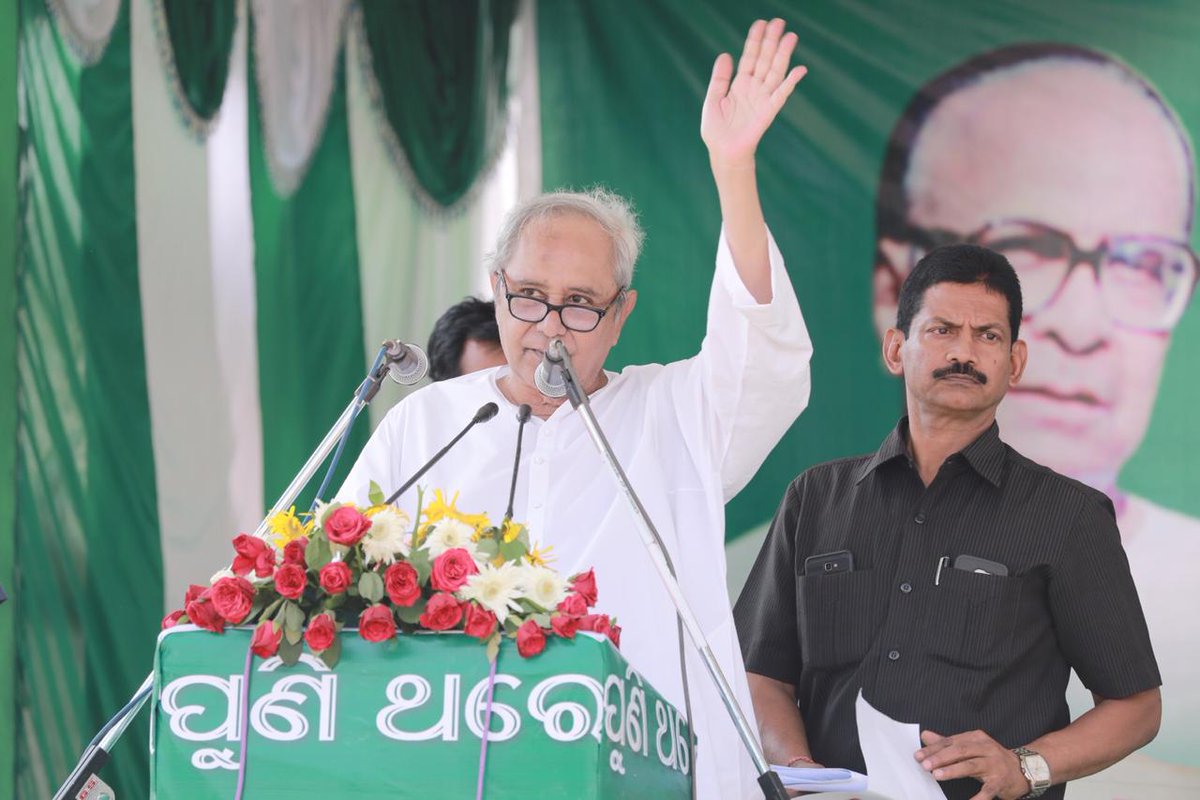 Bhubaneswar: Aska Lok Sabha constituency, considered as a Biju Janata Dal bastion, is witnessing keen contest between the two political parties in power. On the other hand, Congress has left the seat to Communist Party of India (CPI), which had won the seat once in the past and had presence in some of the assembly segments, as part of seat sharing arrangement with the Left parties.

For Chief Minister and Biju Janata Dal supremo Naveen Patnaik, who had represented the parliamentary seat from 1997 to 2000, winning the seat has become a personal prestige issue. Hinjili assembly segment, being represented by Naveen from 2000 till date in the state assembly, also comes under this Lok Sabha constituency. To send a strong message that he is encouraging women empowerment, Naveen has picked up a women self help group activist Pramila Bisoi for the seat and has fielded women in four of the seven assembly segments under it.

During his marathon campaign in this southern Odisha Lok Sabha constituency today, Naveen has thrown a googly to Bharatiya Janata Party by asking “Who is your chief ministerial candidate in Odisha?”

Biju Janata Dal spokesperson Sasmit Patra said, “People will vote for our party candidate as she is a symbol of women empowerment.”

Bharatiya Janata Party has also given a tough fight by fielding Anita Priyadarshini, a member of prominent political family in the undivided Ganjam district. Aniita is the daughter of veteran politician and former Finance Minister Ramakrishna Patnaik and his educationist-turned politician wife Kumudini. BJP national president Amit Shah has campaigned at Polsara for the party candidate and given a call to dethrone Naveen Patnaik government. “We will do well this time”, said BJP state general secretary, Bhrigu Buxipatra, who had contested from the neighbouring Berhampur Lok Sabha constituency.

On the other hand, CPI national secretary Amarjit Kaur has been campaigning for her party candidate Ramakrishna Panda, who is a known student and youth leader. Pradesh Congress Committee president Niranjan Patnaik and its working president, Chiranjib Biswal have also campaigned in favour of Congress-supported CPI candidate, Ramakrishna Panda. CPI had in 1971 won the parliamentary seat and had represented some of the assembly segments in the undivided Ganjam district in the past.

CPI state secretary Dibakar Nayak said, “We are witnessing popular support, especially that of the youth masses. People are questioning the intention of Chief Minister Naveen Patnaik of sending a semi-literate woman to Lok Sabha. If he has the intention of encouraging women empowerment, they feel, he could have nominated an educated young woman from among the self help group activists”.

BJP promises rice, salt, pulses at Re 1 in Odisha