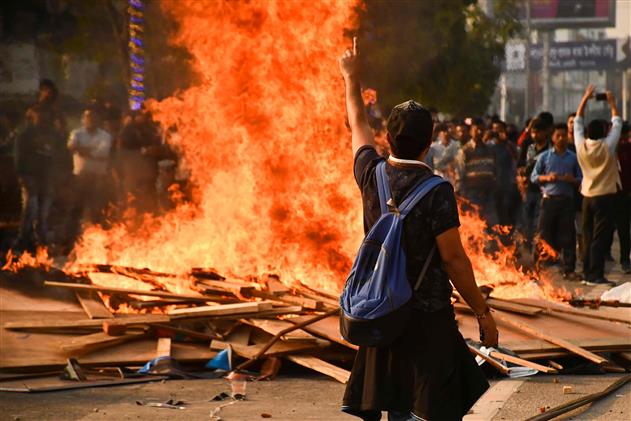 New Delhi: Several trains and flights were cancelled on Thursday and all long-distance trains were being terminated at Guwahati, as Assam witnessed widespread violence over the Citizenship Amendment Bill 2019.

According to R.D. Vajpayee, Director (Media), Indian Railways, no long-distance train is going beyond Guwahati.

“All these trains are being short terminated at Guwahati and will commence return journey from Guwahati at their scheduled time,” he said.

He said from Delhi and other parts of the country, trains going towards the Northeast Frontier will go normally but return from Guwahati.

“Some of the trains whose linked rakes could not be returned from NFR will stand cancelled from Delhi and other parts of the country. Names of these rakes will be notified by concerned Railways. So far, the NR has cancelled three such trains with journey commencing dates on December 15, 16 and 17.”

In a statement issued on Wednesday, the Northeast Frontier Railway informed that at least 30 trains were cancelled or short terminated.

Flights too have been cancelled in the area.

IndiGo informed on Twitter that it has cancelled all flights to and from Dibrugarh for Thursday “due to the prevailing situation in Assam”.

SpiceJet and GoAir have offered waiver of cancellation fees for all flights to and from Guwahati and Dibrugarh for travel till December 13, “due to ongoing unrest in Assam”.

Vistara said it has also cancelled the flights to and from Guwahati and Dibrugarh till December 13, as per government advice due to current disturbances in Assam.

“Due to the ongoing unrest in Assam, we are waiving rescheduling/cancellation fee to the customers travelling to and from Guwahati and Dibrugarh till December 13,” the airline tweeted.

Northeast states, including Assam and Tripura, are witnessing violence and agitation after the Parliament passed the Citizenship Amendment Bill (CAB) 2019.

Assam witnessed widespread violence on Wednesday, with protesters, including students, taking to the streets across the state, especially Guwahati where the state government has declared an indefinite curfew aimed at maintaining law and order. The administration has also suspended mobile internet service in 10 districts of the state.

Army and paramilitary forces have been deployed in the region to bring the situation under control.

Prime Minister Narendra Modi on Thursday assured the people of Assam that they need not worry about the Bill and that he and his government were committed to constitutionally safeguard the political, linguistic, cultural and land rights of the Assamese people.

Arjun aims to bring change towards gender parity with startup

Over 9 hours’ of sleep may raise stroke risk by 23%