Assassinations that shook India since Independence 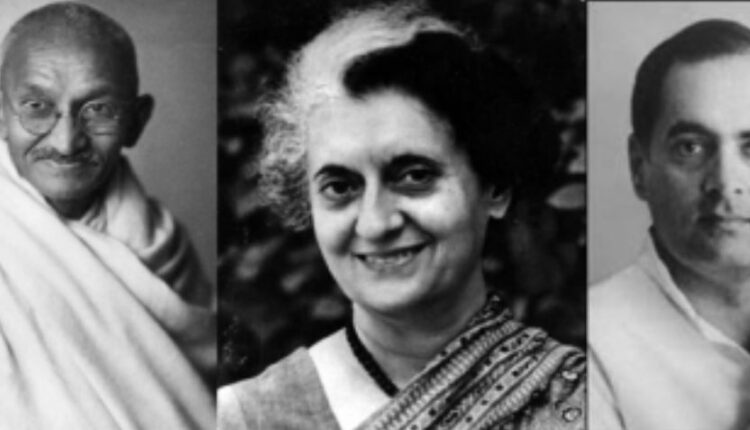 New Delhi: As the world mourns the assassination of former Japanese Prime Minister Shinzo Abe, for many in India it brought back memories of leaders who suffered a similar fate like Mahatma Gandhi who was assassinated in 1948, Indira Gandhi in 1984, and Rajiv Gandhi in 1991.

Known as “Father of the Nation’ Mahatma Gandhi who played a significant role in the country’s freedom movement fell to the bullets of Nathuram Godse on January 30, 1948.

Godse, who held Gandhi responsible for the partition, was later tried in the court and hanged.

Indira Gandhi, who was the Prime Minister in 1984, was shot by her bodyguards Beant Singh Satwant Singh and others on October 31 at her residence following Operation Blue Star at Golden Temple in Amritsar by removing Jarnail Singh Bhindranwale and his armed supporters from the premises which is a sacred site of the Sikh religion.

The guards were upset after the Army carried out the operation.

Similarly, her son and former Prime Minister Rajiv Gandhi was assassinated by the LTTE terrorist in 1991 during the poll campaign in Sri Perumbudur in Tamil Nadu. He was killed by suicide bombers on May 21. The attack on Gandhi was made by Thenmozhi Rajaratnam, also known as Dhanu. Liberation Tigers of Tamil Eelam (LTTE), Dhanu operative of the organisation approached him and bent down to touch his feet, leading to an explosion in an RDX-laden belt.

Besides Rajiv Gandhi, 14 others were also killed in the blast.

Not just this, but Punjab Chief Minister Beant Singh was also gunned down by the Sikh terrorists in 1995. He was killed at the secretariat complex in Chandigarh. The blast claimed the lives of 17 others, including Beant Singh who was accompanied by his close friend Ranjodh Singh Mann on the day of assassination.

In 2013, targetted by Left Wing Extremist organisation in Chhattisgarh, Congress leaders Vidya Charan Shukla and Mahendra Karma along with others lost their lives in the deadly attack.

Former Chief Minister of Punjab Partap Singh Kairon was killed after he stepped down from the chair and while travelling on GT Road on February 6, 1965 in Sonepat when he was on way from Delhi to Chandigarh.

India must be developed nation in 25 years: Here are 5…