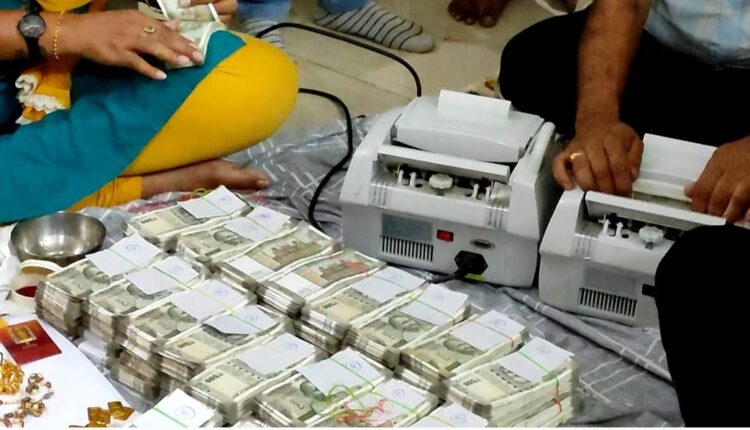 Bhubaneswar: Odisha Vigilance recovered Rs 1.4 crore more cash from a relative of Crorepati Assistant Engineer Kartikeswar Roul, who was arrested on charges of possessing wealth disproportionate to his known sources of income.

“During investigation and interrogation, Kalpana Pradhan confessed to have concealed more cash, gold in her sister’s house at Salia Sahi in Bhubaneswar,” the agency said in a release.

Based on the information, a team of Vigilance sleuths conducted a search at the house early in the morning today, during which they unearthed cash of Rs 1,41,62,400, approximately 354 gram gold and property documents indicating purchase of a Triplex from Keshari Estate Pvt Ltd at Pokhariput in Bhubaneswar on cash payment of Rs 78.50 lakh.

Earlier, the vigilance sleuths had seized assets worth over Rs 2.76 crore, including 2 flats and one double storeyed building in Bhubaneswar, bank and insurance deposits worth around Rs 37.23 lakh, 7 plots including 2 plots in prime areas in Bhubaneswar.

On the first day of search on April 6, the anti-corruption agency had recovered Rs 2,50,880 cash from possession of tainted Assistant Engineer. On the second day of house search, Rs 2.50 crore cash was seized from the house of Roul and his wife in Bhubaneswar. This was the highest cash seizure in the history of Odisha Vigilance.