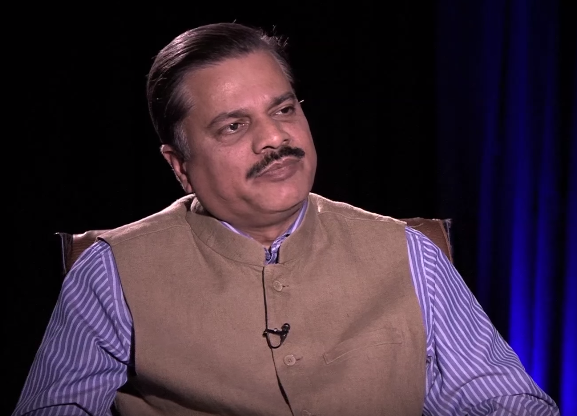 Speaking to Odisha Sun Times, Mohapatra, known as ‘Cyclone man of India’ for his accurate forecasts on cyclones including Phailin (2013), Hudhud (2014) and Titli (2018), said people and media should believe what meteorologists say when it comes to prediction of cyclones, not astrologers.

Recently, the Odisha government sought help of the 54-year-old Scientist ‘G’ to know the truth behind the news reports of yet another cyclone to hit Odisha few days after severe cyclonic storm Fani battered the state went viral on social media further raising the panic level of people who were already in distress.

He said it is often seen that some astrologers predict natural calamities on the basis of planetary positions and their influence on earth and subsequently some media publish these stories without verifying the facts for cheap publicity. “It’s completely unscientific and shouldn’t be done,” Mohapatra observed.

What is more unfortunate is when some of the elected public representatives have also promote astrology over modern science, claiming the former is more accurate.

It may be recalled here that former Uttarakhand Chief Minister and new Union HRD Minister Ramesh Pokhriyal Nishank, in Parliament, had said “Astrology is the biggest science. It is in fact above science. We should promote it” drawing a lot of flak from various quarters then.

Subsequently, the same minister while speaking to a national news channel had said that even natural calamity like earthquake can be predicted more accurately by astrologers than by modern day scientists.

When asked what he wants to say on the Minister’s statement, the noted scientist said he doesn’t want to comment on the matter.

Concerned and disturbed after coming to know that rumours were being spread through social media about another cyclone to hit Odisha soon after Fani wreaked havoc in the state, the weather scientist requested people to refrain from doing so and not to spread false information regarding natural disasters without verifying facts.

A veteran in tracking cyclones, the Odisha man played a critical role in tracking cyclonic storm Fani’s progress and accurately predicting its path which made made landfall in Puri on May 3, unleashing copious rain and windstorm with speeds of up to 185 kmph, and left behind a trail of destruction in 18 districts of Odisha and Andhra Pradesh.

Praising Odisha government’s timely precautionary measures to evacuate over one million people to safety during Fani, Mohapatra said the state government has a commendable job in saving lives of many people.

When asked what will be his priority after taking charge of IMD Chief, he said his team will try to improve dissemination of weather-related information — from nowcasts to weather forecasts — focus on sector-related forecast and give impact-based prediction in all areas.

Mohapatra, who is also a member of the World Meteorological Organisation Committee, is currently working on strengthening IMD’s infrastructure to give block-level forecasts, especially to farmers.

“We are now working in 200 blocks on pilot basis and, hopefully, the IMD will be able to issue localised weather forecasting to all 6,500 blocks across 660 districts in the country by 2020,” Mohapatra said.

Son of a priest of Rajgurupur village in Bhadrak district, Mohapatra has done masters in Physics from Utkal University and then joined the Defence Research and Development Organisation (DRDO) laboratory in Chandipur as a scientific assistant.

Later he discovered his calling was meteorology. He joined the cyclone warning division at the Bhubaneswar in 1998 when the super cyclone struck the state in 1999 killing thousands of people.

Mohapatra was shifted to Delhi in 2002 and asked to oversee the modernization of the weather department. In 2007, he was appointed as head of the Cyclone Warning Division of the IMD. Since then, the Odia storm tracker is making no mistakes when it comes to prediction of cyclones.

Mohapatra has received many national and international awards including the Young Scientist Award of Ministry of Earth Sciences and Achievers Award from the IMD for his research and service in the field of atmospheric sciences.

Fani impact: Power links yet to be restored in Puri