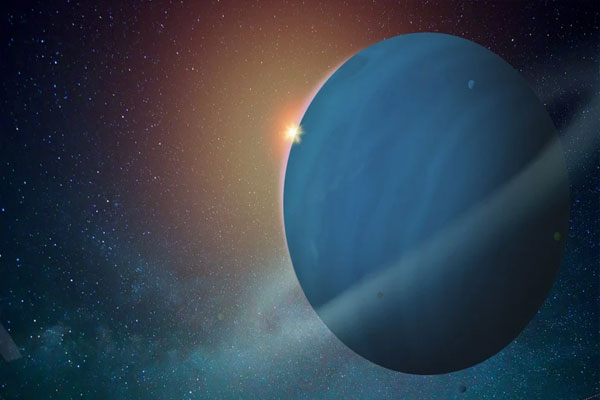 Washington:  In a finding that may help scientists learn more about Uranus, astronomers have detected X-rays from this enigmatic ice giant planet in our solar system, for the first time.

Uranus is the seventh planet from the Sun and has two sets of rings around its equator.

The planet, which has four times the diameter of Earth, rotates on its side, making it different from all other planets in the solar system.

Since Voyager 2 was the only spacecraft to ever fly by Uranus, astronomers currently rely on telescopes much closer to Earth, like Chandra and the Hubble Space Telescope, to learn about this distant and cold planet that is made up almost entirely of hydrogen and helium.

In the new study published in the Journal of Geophysical Research, researchers used Chandra observations taken in Uranus in 2002 and then again in 2017.

They saw a clear detection of X-rays from the first observation, just analysed recently, and a possible flare of X-rays in those obtained fifteen years later.

But what could cause Uranus to emit X-rays? The answer: mainly the Sun.

Astronomers have observed that both Jupiter and Saturn scatter X-ray light given off by the Sun, similar to how Earth’s atmosphere scatters the Sun’s light.

While the authors of the new Uranus study initially expected that most of the X-rays detected would also be from scattering, there are tantalizing hints that at least one other source of X-rays is present.

If further observations confirm this, it could have intriguing implications for understanding Uranus.

One possibility is that the rings of Uranus are producing X-rays themselves, which is the case for Saturn’s rings.

Uranus is surrounded by charged particles such as electrons and protons in its nearby space environment.

If these energetic particles collide with the rings, they could cause the rings to glow in X-rays.

Another possibility is that at least some of the X-rays come from auroras on Uranus, a phenomenon that has previously been observed on this planet at other wavelengths.