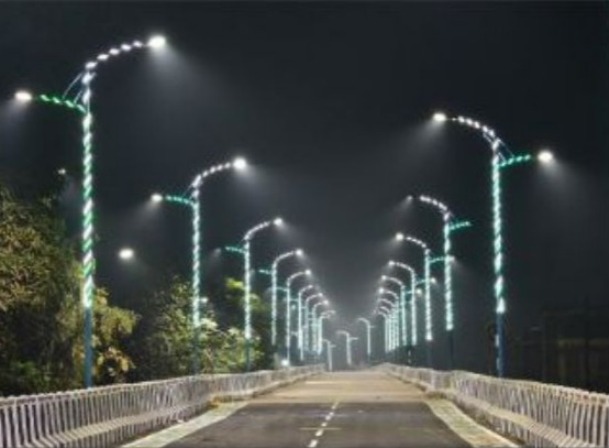 The flyover joins Rasulgarh with Saheed Nagar to Bomikhal would help reducing traffic congestion on the busy Puri-Cuttack state highway.

The flyover, including approach road, has a total length of 1.541km and a 7.5m width has been built with a cost of Rs 44 crore.

The authorities installed LED streetlights, both on the flyover but also on the approach roads down the lane.

The flyover has 20 pillars on Bomikhal side, 16 pillars on Rasulgarh side and another 18 pillars on Saheed Nagar side.

The project was delayed after a portion of the under-construction flyover collapsed twice in the year 2017 and 2018 killing two persons including a young entrepreneur.

The Public Works Department (PWD) and the East Coast Railway (ECoR) had signed an agreement to execute the project in 2008-09. But, the work started in 2012-13 with a deadline of 2015-16 and later it got delayed for land acquisition related issues.