At least 4 killed after bus-truck collision in Odisha 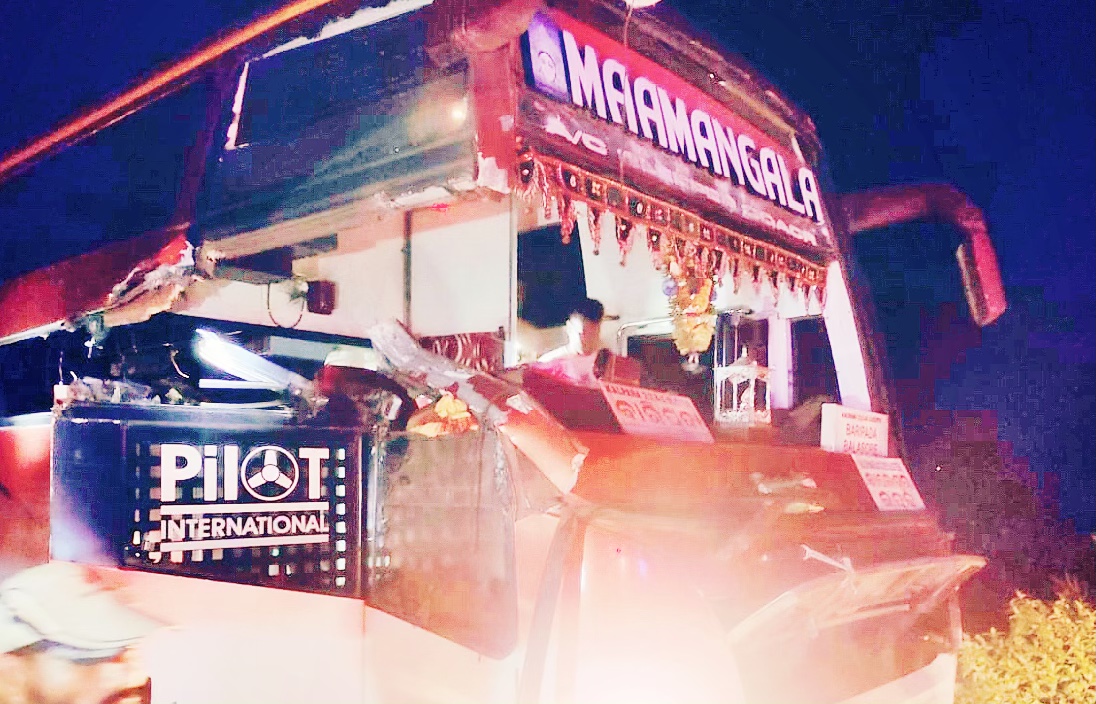 Baripada: In a tragic road mishap, at least four people were killed and ten others injured as a truck hit a passenger bus on NH-18 near Agria Chhak under Baisinga police limits, at about 12:30 am last night.

As per reports, a bus carrying about 30 passengers was travelling from Bhubaneswar to Baripada when a trailer truck rammed into it from the front.

While at least four passengers died on the spot, reportedly, ten others sustained grievous injuries.

The victims were rushed to Baripada District Headquarter Hospital.

In pics: Bus skids off road in Odisha; several injured