Atal Bihari Vajpayee: The second reformer India needed and got 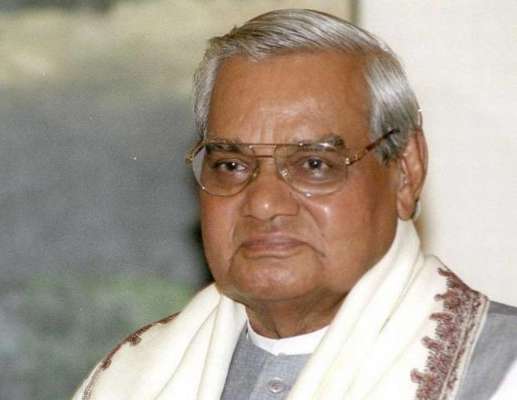 Atal Bihari Vajpayee was a member of parliament for almost half a century. Right from the start, he left an indelible impression on Indian politics through his fine oratory skills.

In fact, his maiden speech in parliament impressed the formidable Jawaharlal Nehru so much that while introducing Vajpayee to a visiting foreign dignitary he reportedly said: “This young man one day will become the country’s prime minister.” When Nehru’s prophetic words did come true, he went on to become the first non-Congress Prime Minister to complete an entire term.

His stint in office is remembered for a variety of reasons. Less than two months after he assumed office in 1998, he approved the tests that made India a nuclear weapons state. Another highlight of his tenure has been his indefatigable efforts to make peace with Pakistan despite repeated setbacks with the Kargil war and the 2001 attack on parliament.

But, a less recognised fact is that he was also India’s second economic reformer after P.V. Narasimha Rao, who had opened up the Indian economy in 1991 after decades of protectionism and state-control.

When the BJP came into power in 1998, there was widespread scepticism among investors about the new government reversing the economic policies of the Narasimha Rao government and becoming more protectionist in nature. These fears were not unfounded.

A few years ago, when Narasimha Rao had pushed for India’s membership in the World Trade Organisation (WTO), the Rashtriya Swayamsevak Sangh, the parent body of the BJP, had vehemently criticised the move, arguing that it would expose domestic firms to unmanageable competition. It went against the Swadeshi principles of self-reliance. According to this view, globalisation was perceived as a foreign invasion by multinationals.

But, Vajpayee hardly subscribed to these views. He made it clear at several points during his tenure that he favoured the path of reforms to higher growth. During his visit to the US, for instance, he acknowledged the crucial role that foreign direct investment had played in India’s economic development since it had opened up. This put him at odds with the economic viewpoint of the Rashtriya Swayamsevak Sangh.

Nevertheless, Vajpayee continued undeterred on the path of reforms, consistently trying to balance the demands of the party’s parent organisation with the needs of the economy. Most importantly, Vajpayee’s contrarian stance created a sense of continuity in government policies and kept investor confidence in India alive.

Throughout its term, the government opened up various sectors like insurance, banking, telecom, pharmaceuticals, civil aviation and real estate to foreign investors. Simultaneously, all quantitative restrictions on imports were eliminated by 2002. But these were replaced with a system of tariffs to provide protection to domestic industries and, more importantly, keep the criticism from within the Sangh at bay.

Over the years, the Vajpayee government also initiated a litany of major reforms like the initiation of the value-added tax regime, dismantling of administered price structure for fertilisers and petroleum products, extension of capital market reforms that Narasimha Rao had missed, reduction in government equity in public sector banks and reduction in the size of the bureaucracy.

Vajpayee also played a vital role in fuelling the explosive growth in the telecom sector in the new millennium. Even though the duo of Rajiv Gandhi and Sam Pitroda are often credited with sparking the telecom revolution in India, their efforts did not materialise in the form of telecom penetration.

In the decade since Rajiv Gandhi left office in 1989, tele-density across India marginally rose from 0.6 percent to 2.8 percent in 1999. Vajpayee changed the trend. As soon as he assumed office, he set up a National Task Force on Information Technology and Software Development that included the likes of N.R. Narayan Murthy of Infosys and Azim Premji of Wipro.

The task force called for a complete overhaul of India’s telecom policy. It resulted in the New Telecom Policy (NTP) of 1999, which improved upon the policy introduced by Narasimha Rao in 1994. Telecom licensing norms were altered to make it more lucrative for private players to enter the market while a distinction was drawn between the government’s role in policy formulation and service provision, which effectively freed the sector from political interference.

Such reform initiatives in the telecom sector drove the success story of the industry in the next decade. Against a tele-density target of 15 percent by 2010 in NTP 1999, more than half of India’s population was connected to a telecom device by the time. Most recent estimates show a tele-density has almost reached 90 percent.

The astounding growth of the Indian telecom industry and, especially mobile telephony, is a shining testament how political clarity and focussed reform can deliver favourable outcomes.

Vajpayee, thus, emerged as an unlikely leader who kept the flame of reform alive against all odds. He never reversed the reform process that Narasimha Rao had initiated as many feared when he first came to office. If anything, he only sped it up.

The easier path would have been to give in to the demands of the Rashtriya Swayamsevak Sangh to adopt more protectionist policies. But, Vajpayee stood his ground, which poised the economy perfectly well to take off into its fastest growth phase in history beginning in 2003, his last year in office.