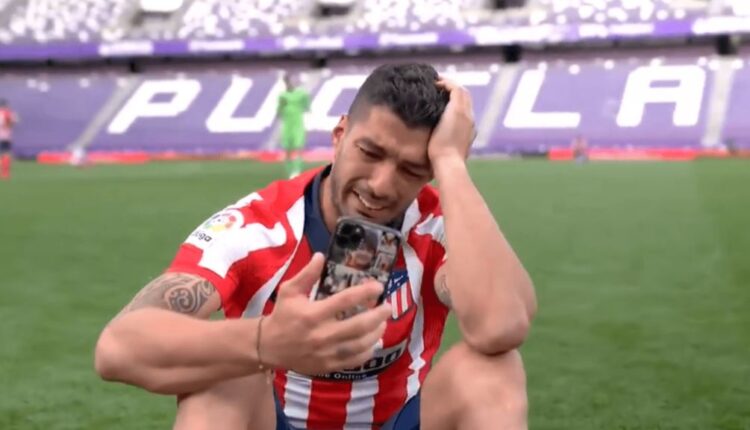 Barcelona: Luis Suarez fired Atletico Madrid to a 2-1 win at Real Valladolid to earn his team La Liga for the first time in seven years late on Saturday, and for the 11th time in their history.

Atletico needed to win on the last day of the season to guarantee they would finish ahead of city rivals Real Madrid, who also earned a 2-1 win against Villarreal.

Real Valladolid went ahead through Oscar Plano but goals from Angel Correa and Suarez, the team’s top scorer with 21 in La Liga, ensured Diego Simeone’s side earned the trophy, reports DPA.

Simeone had led Atletico to the title in 2014 and it has seemed for months like he was going to add another title this season, but in 2021 their lead on Real Madrid and Barcelona crumbled, and they won it by a fraction.

Atletico finished on 86 points, two ahead of Zinedine Zidane’s Real Madrid on 84, after a topsy-turvy final day where both sides fell behind.

Atletico, visiting a Valladolid side hoping to snatch survival, stumbled when Oscar Plano finished well on the break. At the other end, Suarez curled wide and Saul Niguez headed off target, with the team unable to find their best attacking football.

Eventually in the second half, Angel Correa broke the deadlock with a brilliantly taken goal, beating two men and then poking the ball home from the edge of the box.

That turned the tide in their favour and Suarez ran through on goal to slot home the winner in the 68th minute.

The Uruguayan joined from Barcelona last summer, with the Catalans telling him he was no longer needed at Camp Nou.

“It was tough in the summer, the way they undervalued me,” said Suarez. “I will always be grateful to Atletico Madrid. In terms of statistics, Luis Suarez has won five of the last seven leagues.”

Zidane’s side struggled to turn it around, with Karim Benzema having a goal ruled out for offside, but he struck in the 87th minute and Luka Modric grabbed the winner in stoppage time.