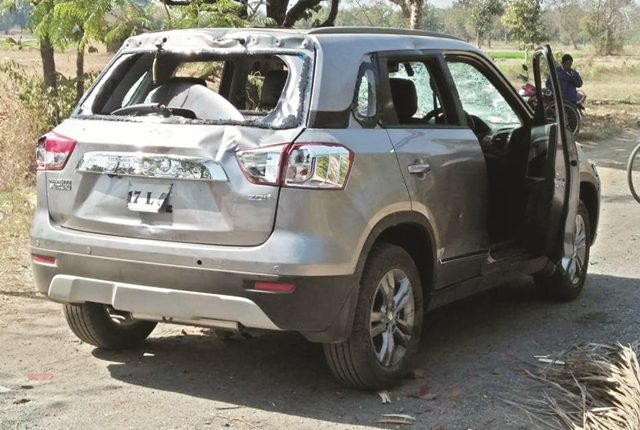 Cuttack: One of the four persons who had sustained injuries during attack on Odisha Labour Minister Susanta Singh’s brother and his associates, died at the SCB Medical College and Hospital here last night while undergoing treatment.

The deceased has been identified as Dileswar Sahu, driver of the car of Subrat Singh, the minister’s brother.

His body was today brought to the Biju Janata Dal (BJD) headquarters in Bhubaneswar, where Chief Minister and party supremo Naveen Patnaik paid floral tribute to the departed soul. Patnaik announced that the party will look after the education of the deceased’s children.

“I am deeply distressed at the tragic demise of Dileswar Sahu. The BJD will look after his family and his children’s education. He is survived by wife and two small children. This a very heinous and dreadful crime. As it is a peaceful state, the people of Odisha will give befitting reply to the criminals responsible for this murder,” Patnaik said.

Around 20 persons had on February 22 night intercepted a car in which Subrat and three others, including Sahu, were travelling near Banabira village under Sohela block of Bargarh district.

The miscreants had then attacked and fired at them before fleeing the spot. They also damaged the vehicle by smashing its windshield with bricks.

All four of them were initially rushed to community health centre at Sohela and later shifted to VIMSAR in Burla for better treatment.

Sahu was further shifted to SCB Medical College and Hospital as his condition deteriorated. However, he succumbed to his injuries during treatment at the hospital.

As many as three persons, identified as Basudev Naik, Digvijay and Jai Prakash Agarwal, have been arrested by police over their alleged involvement in the attack.