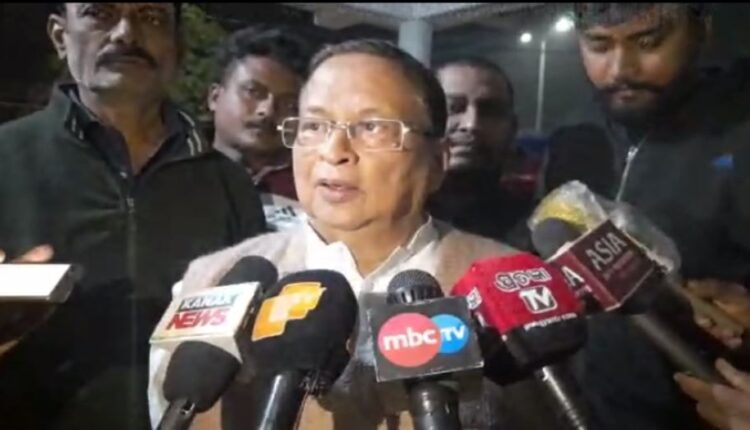 The OPCC Chief was travelling in the vehicle when the miscreants attacked it. Also, they tried to attack Patnaik. But due to the timely intervention of the security officer of the leader the attack bid was foiled.

A police complaint in connection with the incident was lodged at Keonjhar Town police station.

In his reaction, the OPCC Chief said some youths in inebriated condition carried out the attack. Also, he ruled out a political angle to the incident. But my concern is the law and order situation in Keonjhar.

“When some youths are creating disturbance in the evening hours, how safe are common people especially women in the district,” Patnaik asked.

When the OPCC Chief was returning from the Keonjhar District Congress party office after attending a programme, a Bolero vehicle intercepted the leader’s vehicle near Kashipur at around 8 PM. As Patnaik’s PSO, Rajesh Singh enquired the matter, three youths got down from the Bolero vehicle. While one of them caught hold of the security officer’s neck, two others beat him up.

The attackers then went to the driver of the OPCC Chief’s vehicle. In the meantime, an ambulance approached the spot. Some party activists also reached there. Hearing the ambulance siren, the miscreants thought it to be police vehicle and fled the spot, said Singh.