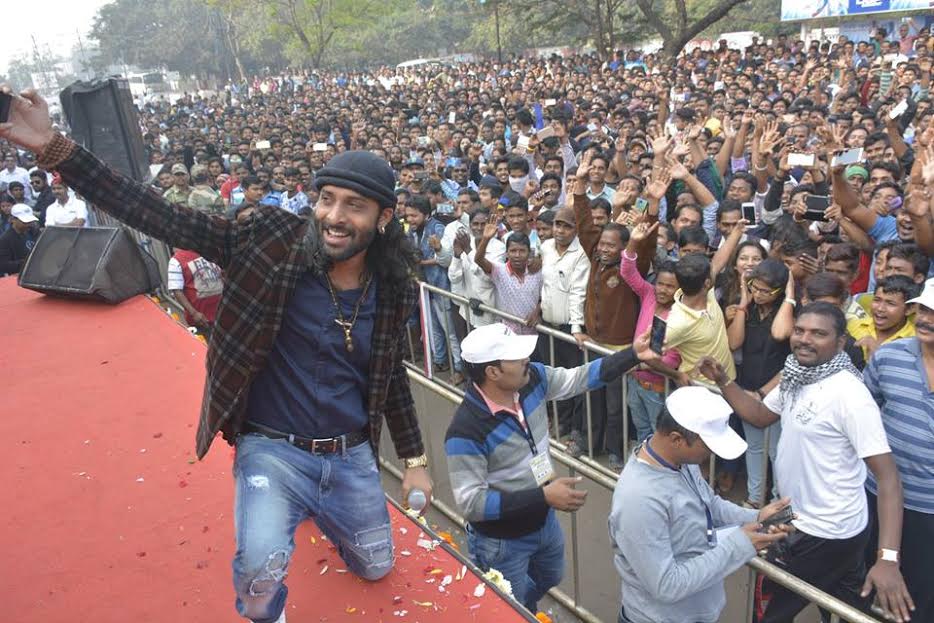 Despite the dense fog creating a virtual veil, people thronged in thousands to Patha Utsav in Odisha capital this morning and immersed in an ocean of powerful and divine music.

Braving the mystique and smoky environment today, the visitors cheered the mega attraction of the day, i.e. Ruturaj Mohanty, who is a celebrity in Bollywood and has become a household name in Odisha following his emphatic win in the reality show India’s Raw Star.

The popular singer also sang other major numbers like “Teri galiyan…teri galiyan…” and  “Mar jau yaa jilun jaara” and left the audience with his electrifying performance and on-stage charisma.

Rosalin Sahoo also gave an electrifying performance with a distinct energy level showing her versatility, stage management skills and art to engage the crowd with her every step and word. She was a contestant in the reality show India Idol. Local singing star Rahul Dhal Praharaj also gave a good show. While these singers were brilliantly performing with dance numbers in Stage I, at Stage II regular music and dance groups were seen entertaining crowd with great efficiency and richness of their voices.

Boys and girls from across the state were here to participate in the event despite their difficulties in daily life. There were nearly 50 participants at the event today.

One of the participants, Sunita Sethi, a +2 student from Rourkela, who saw Patha Utsav for the first time, termed the event an inspiring one for the physically challenged people.