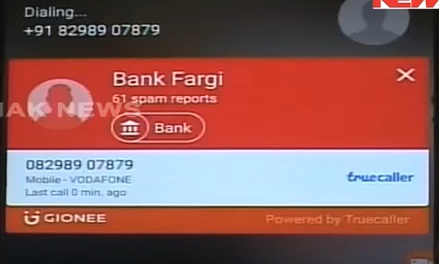 Bhubaneswar: With the last date of linking bank account with Aadhaar card being December 31 this year, several phone calls of fraudsters asking for details of bank account and Aadhaar card from customers have surfaced recently in Odisha.

Alok Sahu, reporter of Kanak News, our sister concern, received a similar phone call in which a woman fraudster asked him to divulge details of his ATM and Aadhaar cards saying that his bank account and ATM card have been blocked due to non-linkage of Aadhaar card with the account.

A person namely Ganesh of Berhampur had recently got a phone call in which he was asked to disclose his ATM card and Aadhaar card numbers. After doing so, he received a text message on his mobile phone regarding debit of Rs 6,000 from his bank account.

As per IT experts, it becomes easy for hackers to transfer money from one account to another after knowing Aadhaar card number and registered phone number of a particular bank account.