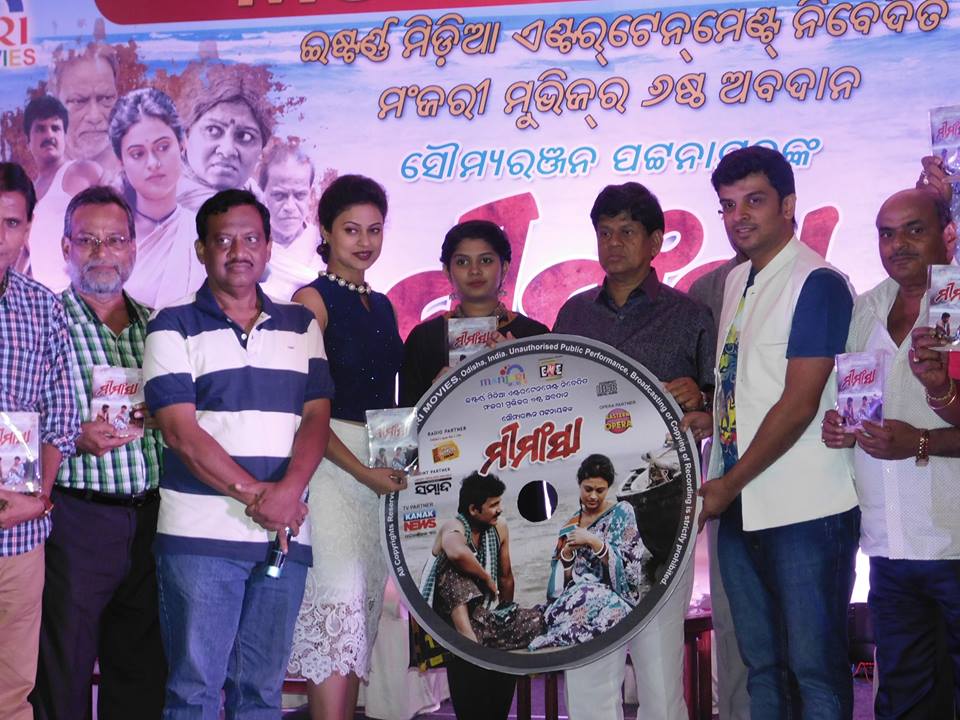 The audio of new Odia film, produced by Manjari Movies ‘Mimansa’, was released at hotel Swosti Premium here on Sunday.

The movie is produced by the chairman of Eastern Media Ltd, Soumya Ranjan Patnaik and is the 6th venture of ‘Manjari Movies’.

Ratnesh Bhagat from Mumbai is the music director for the four songs of this movie. The lyrics have been penned by late Nijam, Jatindra Pradhan And Mohit Chakraborty. The songs has been sung by Mahalaxmi Iyer, Sangram Mohanty and Aman Trikha.

“A story of a fisherman and his family based on real life events can keep the audience in their seats for two and half hours” said Soumya Ranjan Patnaik.

Present on the occasion the director of the movie Mr. Chakradhar Sahoo said, “The storyline of the film is unconventional and I couldn’t help but be spellbound by it. I would have regretted not making this film”.

“It was challenging to play the role of a fisher woman. I had to work hard to portray the character properly. I had to spent around a month on the shooting set getting used to the dried fish (Sukhua) and fishes”. – Said the beautiful actress of the movie Lipi.

Expressing his views on the event that inspired the story line of Mimansa the writer of the movie Dr. Pradeep Das said, “I was posted as Tehsildar in Balasore while writing the story of the movie. I couldn’t sleep for three days after I came to know about the incident, once I expressed myself on paper”.

The movie is all set to release on 5th August.

No bilateral talks during Rajnath’s visit to Pakistan: Rijiju

Narsingh gets NADA clean chit; free to participate in Rio