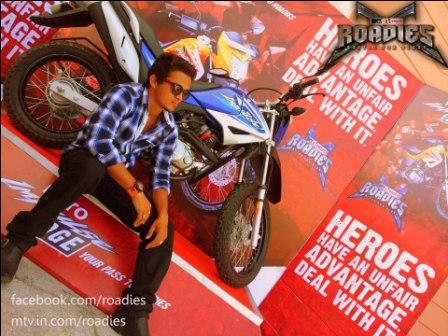 What is the role of a mechanical engineer at the Whistling Woods International, Institute of Film, Communication & Media Arts, Mumbai?

Famous film producer and director Subhash Ghai, founder of WWI, must be proud having Amrit Chatterjee as an MBA student of media, communication and entertainment. This young man has his illustrious cap decorated with  many  feathers like – a nine pointer , best student  all rounder of the year in ITER engineering college, excellent model and dancer, creative choreographer, best cadet of the year etc.  The 23-year-old has broken all boundaries and simply lives his favourite quote “Don’t dream your life, live your dreams.”

Born in Steel City– Rourkela, he completed his school from the Dalmiya Vidya Mandir, Rajgangpur.  Proving that dawn shows the day, his basket of triumphs overflows with awards for anchoring, participating in debates, extempore, dramas, skits etc.  As a state level sportsman, he was the heart throb of many and made his alma mater proud by winning laurels in the inter-house competitions in kho-kho, kabaddi, cricket, swimming and basketball. An active participant in his college fashion club Envogue, he has walked many ramps, modeled for brands and feels that his strength was always in the entertainment world. He also bagged the most coveted best cadet of SOA University, on 15 August, 2013 by Chancellor Prof. R. P. Mohanty in the presence of Deans and faculties of all Colleges.

From the very beginning, Amrit had the craze for the dazzle, glint and glamour world. A job at Stemcor, a multi-national company did not stop him from rerouting his career to what he loved best– acting. He found his oasis in Whistling Woods International, which gave him a platform for his creative expressions and converted his passion into a career in the glamour world.

He owns a small production house Final Take Picture where his team write, act and produce short films. A few music videos that he has acted in are Candy Girl (13,219 views)https://www. youtube.com/watch?v=fjgz2Wt6PzM  , Judaii (4,484 views) https://www.youtube.com/watch?v=7c0_s28j1SI, which has got a lot of appreciation in the virtual world.

Learning from stalwarts , treading and experiencing the uneven path that is the glamour world, Amrit has come a long way from Rourkela to realize his dreams which are slowly and steadily turning into realities. Recently he hosted the International Film Festival at Mumbai which has given him a lot of exposure and recognition. This flamboyant and dapper young man is ready to conquer the world.