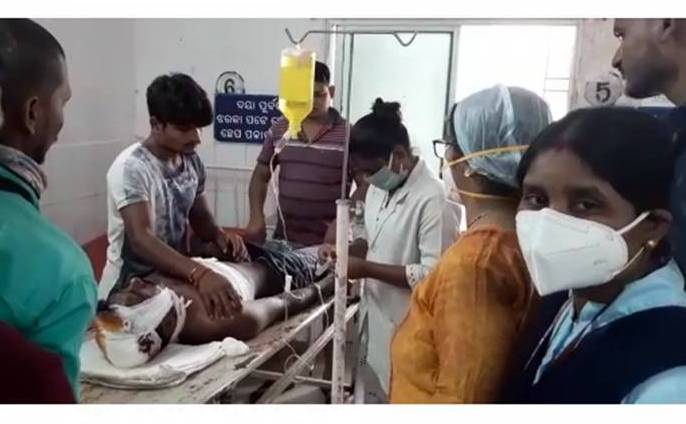 Berhampur: An auto-rickshaw driver sustained critical injuries after being attacked by another person with a scythe in Odisha’s Ganjam district today afternoon.

The auto-rickshaw driver, Sushant Sahu was sleeping on the verandah of a temple in Polasara after parking his vehicle nearby. In the meantime, another person went to the temple premises and attacked Sushant with a scythe before he could comprehend anything.

Locals rushed critically injured Sushant to the Polsara Community Health Centre. When his condition worsened, he was shifted to the MKCG hospital in Berhampur.

On receiving information, police reached the spot and launched an investigation. As per latest reports, the accused carrying the sharp weapon used for the attack surrendered before the police.