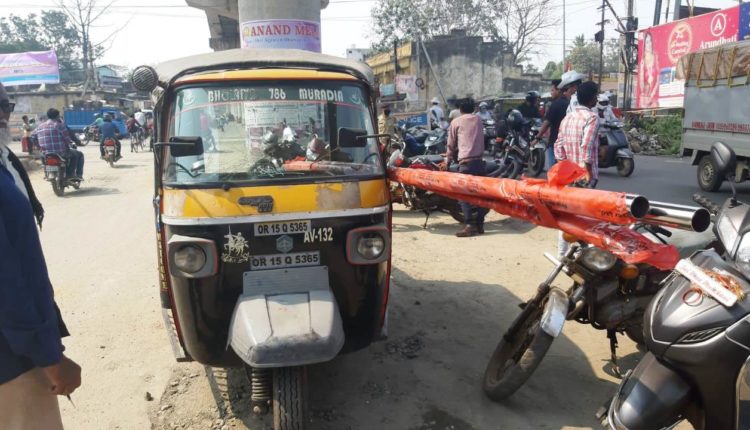 Sambalpur: The owner of an auto-rickshaw in Sambalpur was fined a hefty amount of Rs 30,500 for violating traffic rules under the amended Motor Vehicles (MV) Act today.

Sambalpur RTO officials today issued a challan of Rs 30,500 to one Enamul Haque of Khetipada in Motijhira in Sambalpur district for violating traffic norms, including overloading.The challan details that Rs 5,000 was slapped for using vehicle without registration and fitness certificate (FC), Rs 500 for general offence, Rs 5,000 for allowing person to drive the vehicle without valid driving license (DL) and Rs 20,000 for carrying over dimension load.

Reportedly, one MD Akram was driving the vehicle carrying pipes having 4 ft back and front projection when police and RTO officials intercepted him near Laxmi Talkies Square here at 10 am and issued the challan.

Yesterday, one Bijay Singh of Daldalipada under Khetrajpur police limits in the district was fined Rs 43,000 for allowing a minor boy to drive a scooter.Police intercepted the two-wheeler near Laxmi Talkies Square as the boy was driving without wearing helmet.

Kohli is in 30s now, needs to practise more: Kapil