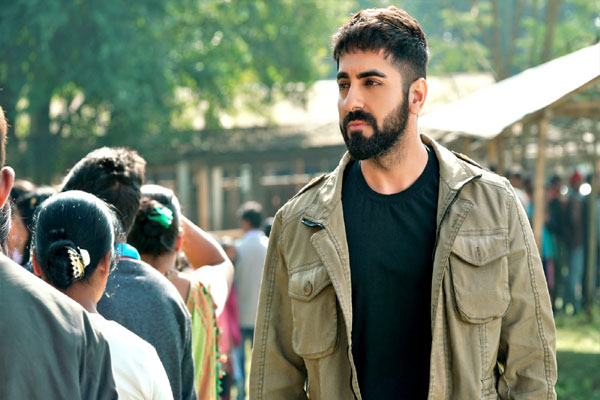 Ayushmann said: “It’s only once in a while that an actor comes across a story that makes him jump out of his comfort zone. While I have always backed novel stories, ‘Anek’ pushed me to perform with a renewed zest. It’s the kind of script that drives a person to give it your all. I am so proud that we’ve made a film like this and even more fortunate that I got the chance to headline it.”

Ayushmann said that ‘Anek’ is the kind of new-age cinema that he believes in.

He added: “I am thankful to Anubhav Sir for choosing me to tell this special story and Bhushan Sir to be the support system we needed in our journey. Seeing our passion project go out to the world is so heartening.”

The film is touted to be a slick spy thriller, set against the geo-political backdrop of Northeast India.

Talking about the release date, Sinha said: “It was a challenging film to write and a difficult one to make. We shot it in rough terrain but what makes it special is that the takeaway was so gratifying. It was a delight to work with Ayushmann again who with his depiction of Joshua breathed life into the story.

Producer Bhushan Kumar added: “It takes a true visionary to make a film like ‘Anek’. It’s a project I am incredibly proud to be a part of. Filmmaking is truly a celebration of diverse, spirited voices and I am glad we found a story like Anek to tell which will set a new benchmark.”

Talking about Ayushmann, Bhushan Kumar added: “Ayushmann is the ideal choice to play the lead because of his unmatched acting calibre. With a National Award under his belt, he has also proved to be an immensely bankable star and we are thrilled that he is part of an ambitious project like ‘Anek’.”