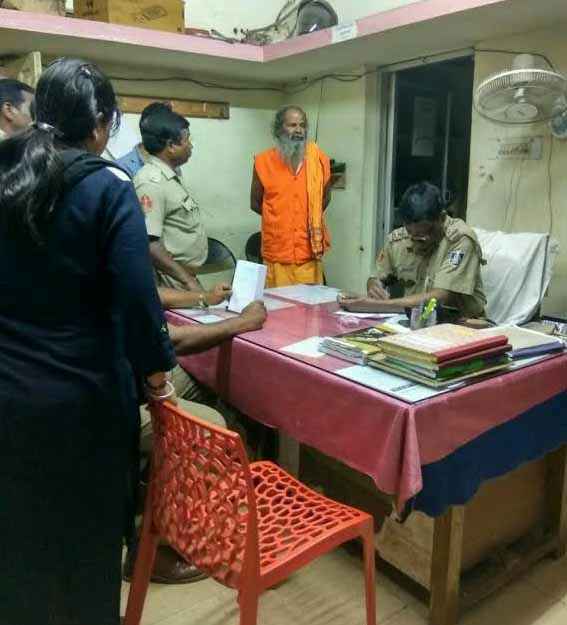 Police arrested a self-proclaimed Baba yesterday for allegedly raping a deserted woman during the ensuing Khandagiri Mela in Odisha capital.

Khandagiri police arrested the Baba from Bolgarh area in Khurda district. The accused was identified as Nageswar Patra, 65, of Rajsunakhela under Ranpur pilice limit in Nayagarh district.

Following the arrest, both Baba and victim were sent for medical examination.

According to reports, Baba raped the woman (62) at Barabhuja Ashram in Khadagiri area on Wednesday night. He had invited the woman to visit Kandagiri mela and raped her on the pretest of giving initiation to her.

The victim was found in a critical condition near Dhabaleswar Gada in CDA area of Cuttack.

Acting on the allegation, Khandagiri police had raided Barabhuja Ashram to nab the accused. But, he was at large. The police tried to track Baba’s mobile number and finally caught him from Bankoi in Bolgarh area on Thursday.

The accused has confessed to his crime before police.

According to reports, the victim was in such condition that she had no courage to file a police complaint. Following the incident, she received death threats from the Baba.

Earlier, the victim was staying near Dhabaleswar Gada in Brajabiharipur area under CDA Phase 2 police station in Cuttack since last few years after she was driven out of her house.

Last week, while she was returning from Puri after paying obeisance to lord Jagannath, she met Baba in the bus where the latter invited her to the ashram after brief exchange of pleasantries.

After arriving at the silver city, Baba left for his destination giving the woman a business card to contact him with an invitation to meet him at the ongoing Khandagiri Mela for initiation.

The victim arrived at the Mela on Monday morning and the business card helped her to locate the Baba at an ashram. The duo had rounds of spiritual discussions and in the afternoon the woman sought permission to leave for her home, unaware of his evil designs.

The Baba advised her to stay back on the pretext of giving initiation at night.

She spent the night in a room in the ashram having no inkling of the ill intention of the sexagenarian and one of his associates.

Later in the dead of the night, the Baba raped her brutally in an inebriated state injuring her head and forced her away from the ashram in the wee hours the following day.