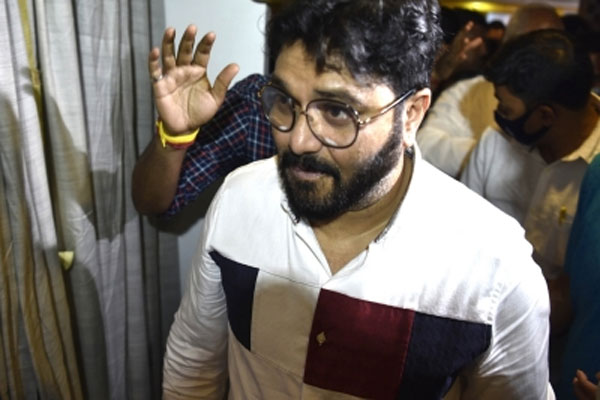 After meeting the speaker, Supriyo said, “I thank Prime Minister Modi, Amit Shah and party chief for the confidence shown in me. I thought that if I am not a part of the party, I shouldn’t keep the seat for myself.”

He also attacked BJP leader Suvendu Adhikari and said that he was an integral part of the Trinamool Congress till a few months ago, “but apart from politics, he has been a friend. He obviously has to say very harsh things about me politically, but he should advise his father and brother to resign from MP seats as they are not with Trinamool anymore.”

Supriyo praised Chief Minister Mamata Banerjee for his induction in the party.

After joining Trinamool Congress on September 18, Supriyo had made it clear that he would not hold the MP seat as “it would be immoral” since he was elected MP of Asansol on a BJP ticket. He had said that he would resign after he meets with the Speaker.

Supriyo won from the Asansol parliamentary constituency twice — in 2014 and in 2019. He also became a Union Minister-of-state in the Narendra Modi cabinet, but was dropped from the cabinet during a reshuffle.

After that he announced to quit politics but within a few days, joined the Trinaool Congress.