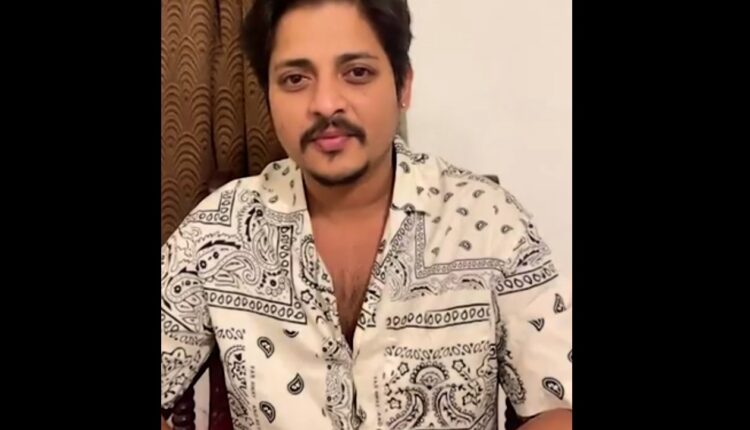 Bhubaneswar: Ollywood actor Babushaan Mohanty, who is embroiled in a controversy over his links with actress Prakruti Mishra, has come out in support of his ‘Premam’co-star.

The only son of veteran actors Uttam and Aparajita refuted the allegations of his family that the actress hasn’t taken any advantage of him.

“She (Prakruti) is a very good friend of mine. Neither she has ever blackmailed me nor taken money or troubled me. She has always supported me,” the Ollywood heartthrob said in a video message.

This comes a day after Babushaan’s wife alleged in an FIR filed at Kharavel Nagar police station that Prakruti Mishra has been blackmailing his husband and supplying alcohol and ganja.

The actor’s wife Trupti Satpathy further alleged that she has destroyed her family.

Prior to this, a high drama ensued on the streets of Bhubaneswar after the actors were waylaid by Trupti in Satya Nagar area while they were reportedly moving to airport in an SUV to board a early morning flight to Chennai.

The video of the individual went viral on social media platforms. Soon after, it was all over the news channels reporting the incident.

“Babushaan is a very noble soul. He is kind, loving and helping. He is in a bad company. I want him to be back,” the veteran actress said.