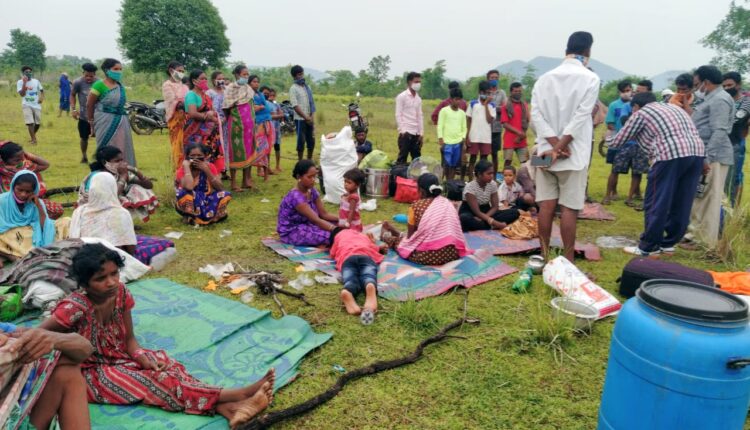 Malkangiri: In a tragic incident, a 3-year-old baby girl drowned while seven persons went missing as the two boats on which they were returning home capsized in Sileru river in Odisha’s Malkangiri district, late last night.

According to reports, ten persons and the baby of Kandhaguda and Gunthawada villages under Chitrakonda block of the district had gone to Andhra Pradesh. After finishing work at a brick kiln in the neighbouring state, all of them were returning home through the waterway on the two boats in order to dodge the inter-state travel restrictions in view of the COVID-19 situation.

Tragedy struck when one of the boats capsized midway, following which its six occupants jumped into the river, swam till the second boat, and occupied it.

The second boat lost control and overturned, leading to the death of the baby girl. While three of the victims managed to swim ashore, seven went missing.

On being informed about the mishap, Chitrakonda Tehsildar, some officials of the local administration and villagers reached the river bank and launched rescue operation to trace the missing ones. The body of the baby has been recovered.