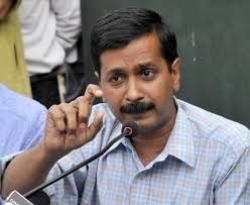 Delhi Chief Minister Arvind Kejriwal on Saturday praised the movie ‘Udta Punjab’ and said Punjab Chief Minister Parkash Singh Badal and his family must watch the “powerful film” and see what they have done to the state.

“Just watched Udta Punjab. Very powerful (film). Badals must watch it to see what they have done to Punjab,” Kejriwal tweeted.

He also said the movie clearly shows the involvement of politicians in the drug rackets.

Bollywood film ‘Udta Punjab’ hit the theatres on Friday after the Supreme Court refused to block a Bombay High Court order allowing its release while the Punjab and Haryana High Court dismissed petitions seeking a stay on it.

The Abhishek Chaubey-directed movie is based on the drug menace in Punjab. The film-makers faced hurdles while seeking a release certificate from the Central Board of Film Certification (CBFC), which first suggested as many as 89 cuts in the movie. Thereafter, its Revising Committee asked for 13 cuts.

However, negating the CBFC diktat, the Bombay High Court said the film could be released with just one cut. (IANS)