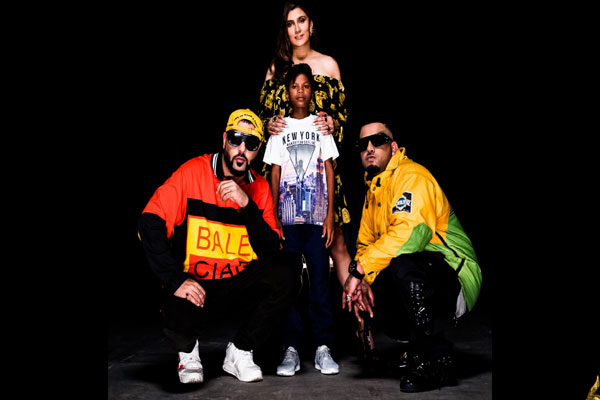 New Delhi: The singing duo Aastha Gill and Badshah are back together with a new soundtrack ‘Bachpan Ka Pyaar’ featuring the child singer Sahdev Dirdo who originally sang the viral song.

Aastha and Badshah together have sung successful songs like ‘DJ Wale’, ‘Proper Patola’, ‘Buzz’, ‘Heartless’, and the most recent being ‘Paani Paani’.

The duo is back with recreating the viral reel song ‘Bachpan Ka Pyaar’ in collaboration with the original song creator Sahdev Dirdo.

Talking about her experience recording and working on ‘Bachpan Ka Pyaar’, Aastha said, “The idea of making this song popped when I, Badshah, and Rico were in Kolkata for a show and we decided to make a reel on this song ‘Bachpan Ka Pyaar’. After posting the video on social media, the reel went so viral and the song picked up well, that’s when we three decided to make a complete track of it. I was so excited for this and we shot the song with Sahdev.”

Aastha, 30, was recently seen exploring her adventurous side in ‘Khatron Ke Khiladi 11’ as a contestant.

Adding what’s in store ahead of this collaboration, she said, “You’ll see a lot more collaborations this year. I’m totally looking forward to releasing them soon and can’t wait for my fans to hear them soon.”