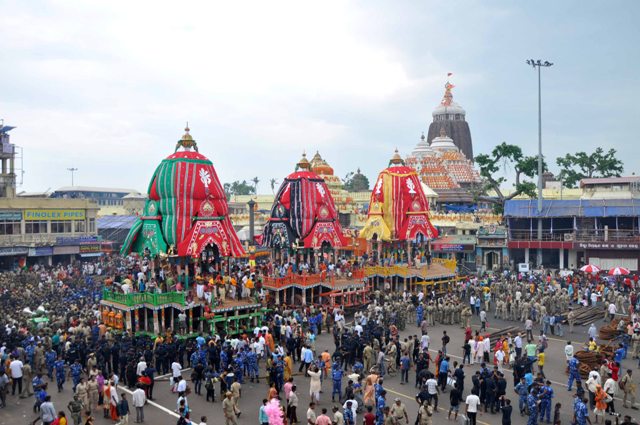 Pulling of Lord Balabhadra’s chariot Taladhwaja by devotees started around 1.15 pm, three hours ahead of the scheduled time, amid chants of ‘Jai Jagannath’ and ‘Hari Bol’.

This was followed by pulling of Devi Subhadra’s chariot Darpadalana and Lord Jagannath’s chariot Nandighosa. Earlier, ‘Chherapahanra’ ritual was performed by Gajapati Maharaja Dibyasingha Deb on the chariots.

In the morning, ‘Dhadi Pahandi’ ritual of the deities began with Lord Sudarshan being taken to the chariot of Devi Subhadra. Later, Lord Balabhadra, Devi Subhadra and Lord Jagannath were taken to Taladhwaja, Darpadalana and Nandighosa chariots, respectively in a ceremonial procession by the temple servitors.

The deities had gone on a nine-day sojourn to their aunt’s house and returned today.

In pics: At least 10 school kids injured as staircase collapses in Odisha