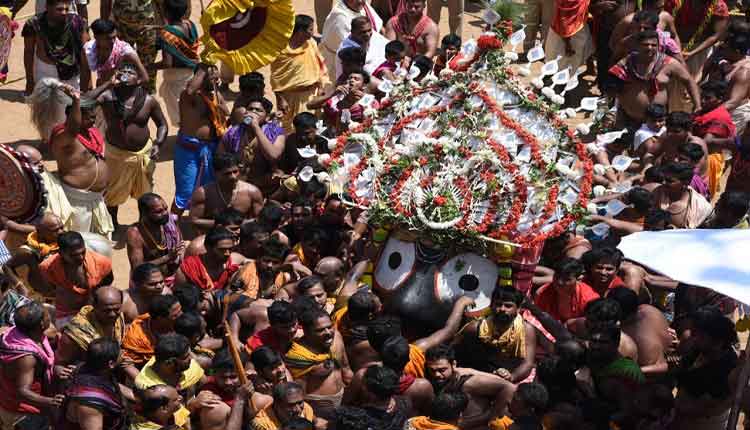 Puri: The Pahandi rituals concluded and all the deities were escorted to the holy chariots for their return to abode after 9-day-long stay at Gundicha Temple.

All the rituals are being held three hours before the scheduled timings today.

Lord Jagannath was taken to His chariot Nandighosha in a ceremonial ‘Dhadi Pahandi’ following His siblings Lord Balabhadra and Goddess Subhadra and Lord Sudarshan were escorted to their respective chariots in the morning.

The chariots will be pulled at around 4.00 pm.