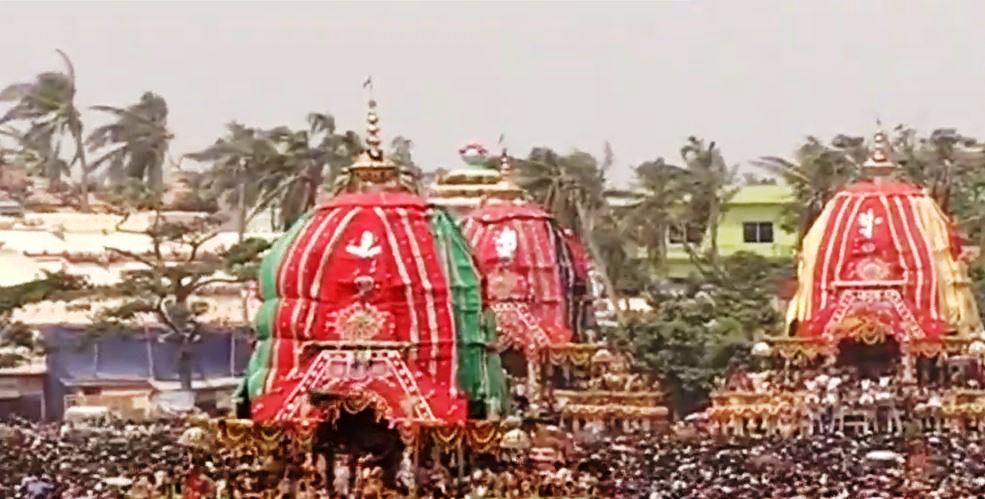 The holy chariots of Lord Jagannath and siblings started rolling towards Srimandir around 3 hours ahead of the schedule creating record for the first time on Bahuda Jatra.

With the air filled in devotion, the Taladhwaja chariot of Lord Balabhadra was first pulled by the devotees at around 1.15 pm. Later, the chariots of Devi Subhadra and Lord Jagannath rolled towards Srimandir much before the schedule.

Though the chariot pulling was scheduled at 4.00 pm, the devotees pulled Lord Balabhadra’s chariot following early completion of rituals including chhera pahanra performed by Gajapati King, who is the first servitor of Lord Jagannath, on all three chariots.

Earlier in the day, the deities were escorted to their respective chariots in a ceremonial ‘Dhadi Pahandi’. Later, the idols of Lord Madanmohan and Lord Rama-Krishna were taken to the Nandighosha and Taladhwaja chariots to make their way back to Srimandir after 9-day sojourn at Gundicha Temple.

The record was also set on Ratha Jatra day with chariot pulling two hours before the schedule on July 4.

Double murder! Two mowed to death by truck in Odisha