Baijayant Panda yet to take ‘final decision’ on joining BJP 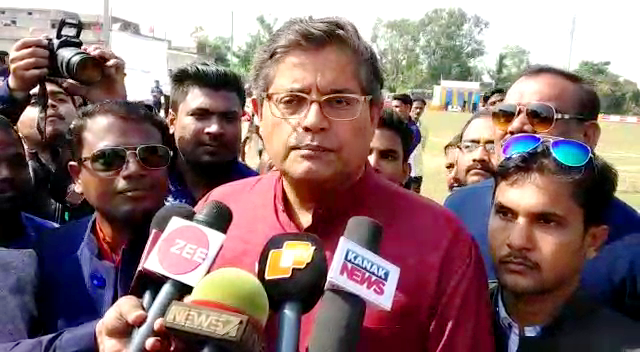 Bhubaneswar: Clearing the air on joining the Bharatiya Janata Party (BJP) during Prime Minister Narendra Modi’s day-long Odisha visit on December 24, former MP Baijayant Panda today said he has not taken any such decision yet.

Speaking to media after inaugurating a cricket tournament at Gopalpur in Cuttack, Panda today said he has not even decided to join BJP or any other political party till yet.

“When I am yet to take a final decision on joining BJP or any other party, there is no point discussing on the possible date for the same. But If people want, I will definitely contest in 2019 elections,” said Panda.

The former Parliamentarian further said, “It does not matter whether I will join any political party or form my own. The most important question remains as to which party will support me in my fight for resolving various issues in the State like rise in crimes, unemployment, migration and corruption.”

“I want to bring a positive change in Odisha. But unfortunately, I was punished for raising my voice for the same,” he added.

On his first book to be unveiled in January, Panda said besides for Odisha media, I have been writing columns at national and international levels for the last 15 to 16 years.

“I pen down everything than comes to my mind for the betterment of the State as well as the country. The book deals with the current state of politics, economic affairs and foreign policies,” he added.

In reaction, BJP State president Basant Panda said, “There is no Misrana Parva scheduled for December 24. But we will welcome everybody, who comes to join the party.”

Rumour was abuzz since long about Panda’s induction into saffron fold. The reported meeting of Jagi Mangat Panda and RSS chief Mohan Bhagwat here last week had further fueled the speculation. However, neither Baijayant nor his office confirmed about this.