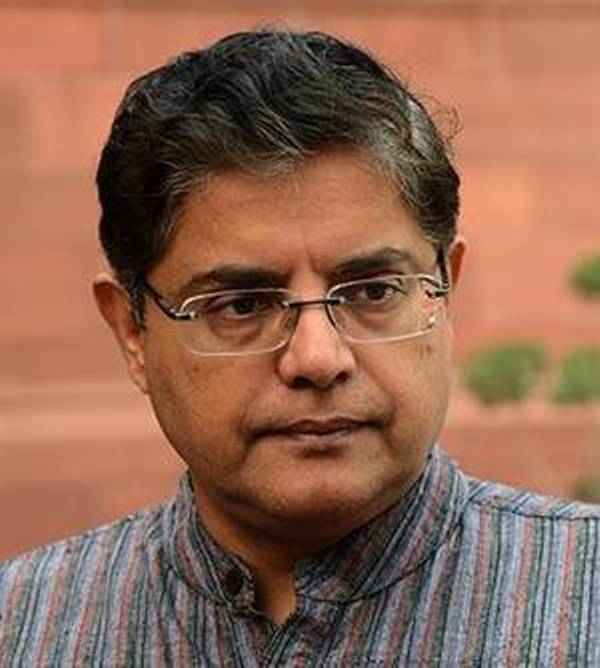 His controversial statement against Odisha police over detention and custodial interrogation of a journalist of his family-owned leading vernacular news channel heated up politics ahead of the forthcoming bypolls in the State.

Expressing his thoughts over ‘illegal’ pick up and assault on journalists, the four-time former MP from Odisha termed police action as ‘fascism’ and compared the process of law in Odisha with Pakistan.

#FreedomOfSpeech
Shameful how Maharashtra & Odisha police simply “pick up” & assault journalists & do custodial interrogation, without following the basic process of law, like in Pakistan. This is real fascism. Please speak up for Ramesh Rath of @otvnews & @pradip103 of @republic

Quite unfortunate that Shri. Jay Panda @PandaJay feels Odisha has become Pakistan, the same state that sent him to both houses of the Parliament. The same people of Kendrapara who ensured it. The same Tulasi Khetra. This is an insult to every Odia and to the Odia culture as well. https://t.co/8hoIZFk2Ed

The BJD MLA Pranab Prakash Das joined the forum against Panda’s remarks on Odisha. In a counter-statement, he came down heavily for comparing the State with Pakistan.

Nothing more shameful than comparing your own state with Pakistan. Colossal disrespect for the Odia culture and the people of Odisha. Hope better sense prevails and this of insult for the people of Kendrapara, the entire state stops here! https://t.co/NpgsYvz6qS

Leaving no stone unturned, Lok Sabha member Anubhav Mohanty also slammed the BJP leader for his ‘illogical’ comparison. He also suggested him to quit Odisha if he finds Pakistan-like atrocities on media in the State.

Let me remind you @PandaJay that before your defeat in 2019, you were a part of this soil which you are comparing with #Pakistan now. Mr.BP, Is #Kendrapara in #Pakistan ? If Yes then Quit #Odisha right now & forever.

Extremely unfortunate that you equate people who voted for you as Pakistanis. Bewildering thought that 4.5 crore Odias seem like Pakistanis to you. A grave insult to Odias everywhere! https://t.co/4sXFWKjoqL

Besides, the comparison kicked up storm on the microblogging site as many users were seen putting their thumbs down for it and they condemned Panda for such statement.

Another user Ranjan Nayak, who is a software engineer by profession tweeted:

You lost respect for comparing Odisha to Pakistan. I fully agree with you on rest of the tweet, but you lost it when u compared Odisha to Pak.

Speaking on the issue, a Twitter user Manas Muduli wrote:

Dear Sir – Whatever is your concern, kindly don’t compare Odisha with Pakistan. You can still raise a point without bringing Pakistan into equation. Expected better from you! Thumbs down

An user namely iQueenSurbhi questioned Panda for comparing Odisha with Pakistan. She wrote:

In a tweet, Anuj  – a writer – exhorted all Odias to boycott Jay Panda as well as the BJP for the statement.

It is utterly disgusting to compare Odisha with Pakistan . We all Odias need to socially boycott these Panda and Bjp . BJP national president is defending a propaganda channel made to divert issues

It is pertinent to mention that Jay Panda had lambasted Odisha police on different platforms after a journalist of OTV (Odisha TV) was picked up by the police and grilled for hours this week in connection with a viral fake sex video of Keonjhar MP Chandrani Murmu.

He claimed that the reporter, who broke news of RTI activists’ expose of Odisha Chief Minister Naveen Patnaik’s ‘fake’ flood review aerial survey, was arrested by the police to restrict freedom of speech.

In a series of tweets, Panda had questioned the BJD Government for process of executing the law by trying to shift media attention from arrests of journalists in the fake video case.