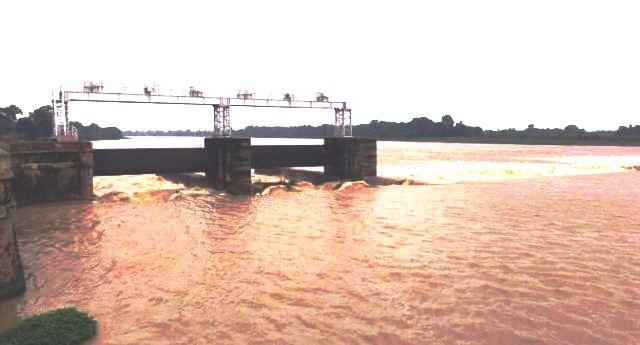 Sources said the river Baitarani was flowing at 18. 47 metre at Akhuapada in Bhadark district till last reports came in. Meanwhile, around 400 villages under 70 Gram Panchayats in the district have been submerged in flood water. Besides, road communication in many parts of the district has been snapped as several main roads in various blocks have been flooded.

Thunderstorm alert for Odisha during next 3 days

This apart, SRC Bishnupada Sethi informed that Bhandaripokhari, Dhamnagar, Tihidi, Basudevpur & Chandabali blocks of Bhadrak district; Anandpur, Ghasipura and Hatadihi blocks of Keonjhar district; Korei, Jajpur, Dasarathpur and Binjahrapur blocks of Japur district; and Ali and Rajkanika blocks of Kendrapara districts are likely to be severely affected due to a possible flood.

The SRC has asked Collectors of the above districts to stay prepared to meet any eventuality and depute mobile teams for close watch on vulnerable river and canal embankments.

Sethi has also asked them to make necessary arrangement to make arrangements for evacuation of people residing in vulnerable locations. He also directed them to ensure functioning of control room round the clock.

Besides, the SRC has asked the collectors to cancel holidays of employees of the affected blocks/ districts on September 8 and 9 as per requirement.