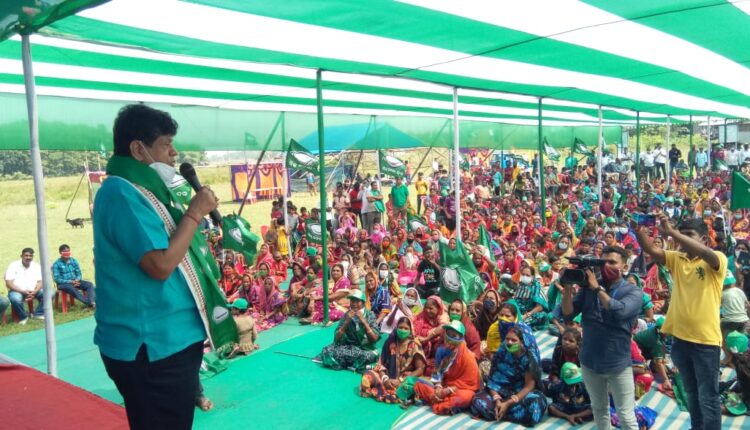 Senior BJD leader and Khandapada MLA Soumya Ranjan Patnaik attended one such poll meeting at Baincha panchayat under Sadar block at 11 am today.

The Khandapada MLA said the State government under the leadership of Chief Minister Naveen Patnaik fought a battle against Covid-19 pandemic quite well. Odisha has become an example not only in the country, but across the globe. He added the identity of Odisha has changed under the leadership of Naveen Patnaik. The weaker section and families of migrant labourers in the State have been freed from hunger, he added.

However, the development work was halted in the area during the last general polls, the senior BJD leader said. He urged people not to repeat the mistake made during the last polls and asked them to vote judiciously during the bye-poll.