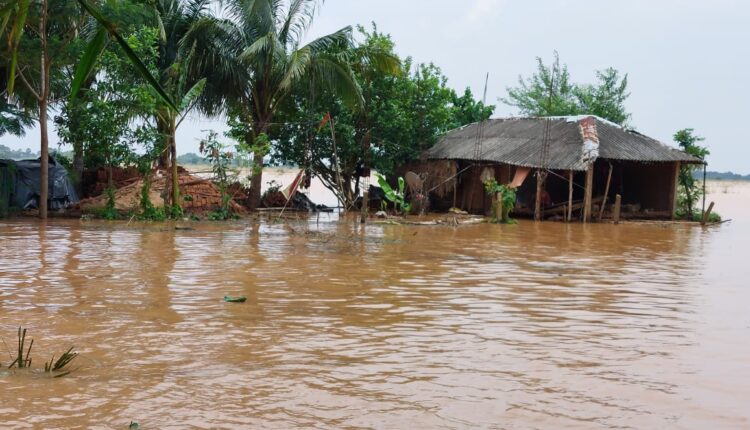 Jharkhand also experienced heavy rainfall while excess water is being released through 16 gates of Galudih barrage in the neighbouring state. The Subarnarekha river is receiving around 6 lakh cusec water, which will lead to flood situation in the areas of the river system, the SRC said.

Subarnarekha may witness flood more severe than that of 2008. Effect of the flood can be felt in Balasore from this afternoon. The situation will remain in its peak till the evening of tomorrow, he said.

As many as 58 additional rescue teams have been dispatched to the two districts. The priority is to ensure no casualty, said Jena.

He further said that there’s no danger as far as Baitarani and Mahanadi rivers are concerned. Flood situation in Mahanadi system will not intensify as water is being released from Hirakud Dam only through 4 gates, the official said.

Similarly, the water level of Baitarani river may rise up to 19 metres at Akhuapada, which wouldn’t pose any risk. On the other hand, the breach in embankment of Kani river is being repaired while water level in Bansadhara river is receding, he added.

On the other hand, the State Government today delegated the powers of SRC to the Balasore Collector to manage the emergency situation. Chief Minister Naveen Patnaik has ordered to place one helicopter in the district in view of the situation.