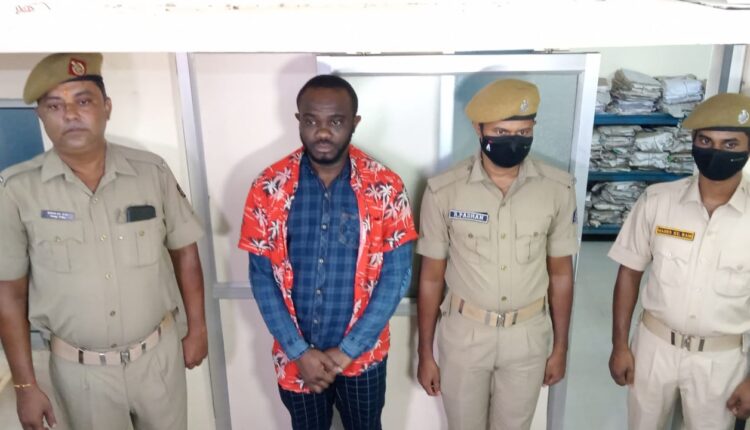 Balasore: The district cyber police have arrested a Nigerian from Delhi for allegedly duping a man of Rs 30 lakh through fake social media account.

The accused has been identified as Samson Emike Aliga. As per police sources, the youth was residing in Kishangarh area of Delhi and used to dupe people of lakhs of rupees after chatting with them through fake social media profiles created by him in the name of foreign women.

Luring the victims by sending obscene photos of women to them was the modus operandi of the accused.

A retired government employee of Balia area of Balasore district had fallen prey to the cyber fraud, losing Rs 30 lakh.

The victim had lodged a complaint in this regard with the Balasore Cyber police.

Probing into the case, police had freezed the bank account of the accused, in which the victim had deposited the money. Cops also tracked the accused’s phone number during the investigation.

After being arrested, the accused was brought to Balasore from Delhi on a 3-day transit remand. He will be produced before the court of SDJM, Balasore.

A mobile phone, a laptop and some SIM cards have been seized from the possession of the accused.

Further probe by police was underway to ascertain the possible involvement of others in the offence.