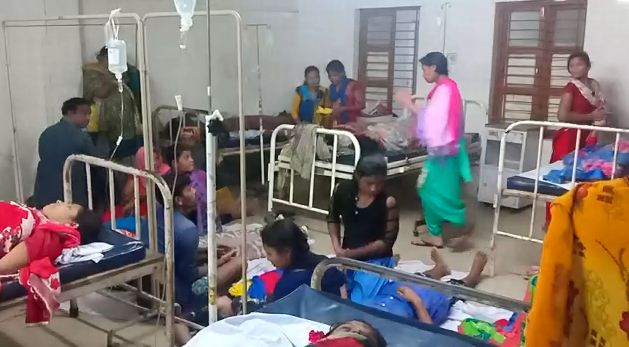 Balasore: Police today arrested seven executives of a prawn processing unit at Panapana in Khantapada area of Odisha’s Balasore district as more than 100 persons working at the factory fell ill and were hospitalised last evening after alleged leakage of toxic gas.

The arrested have been identified as factory’s General Manager, Production Manager, HR Manager, two Supervisors, Shift in-charge and Safety Manager. On the other hand, police have sealed the factory.

The victims are recovering and will be discharged from the hospital by evening, Singh said.

A case has been registered against the firm at the Khantapada police station in this connection. A special forensic team from Bhubaneswar has been sent to Balasore for assistance in investigation, said Odisha DGP Bijay Kumar Sharma.

However, chairman of the company denied leakage of any toxic gas. He said gas emanated after bleaching powder came in contact with water. The women workers were affected as they were working inside closed AC room, he added.