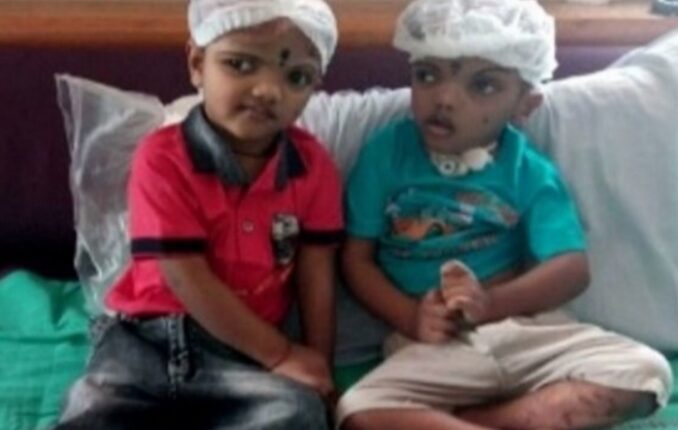 Cuttack: Balia, one of the separated conjoined twins from Milipada village in Odisha’s Kandhamal district, died while undergoing treatment at the SCB Medical College and Hospital in Cuttack today evening. Hospital sources said Balia died at 9:10 PM due to septicemia.

Emergency Officer of SCB Medical College and Hospital, Bhubanananda Moharana said, “We tried our best but could not save him. During past one week the health condition of Balia deteriorated and today he passed away due to septicemia and shock.”

For the past one and a half years, Balia had been admitted to the hospital following his return from a hospital in New Delhi where the twins underwent a surgery.

Health condition of Jaga, the other separated conjoined twin, is stated to be stable.

In October 2017, Jaga and Balia twins who were joined at the head from their birth were separated after a successful marathon surgery. The rare surgery to separate the craniopagus twins lasted around 11 hours at the AIIMS in Delhi.

COVID-19: Another 127 persons including 26 from SCB hospital…