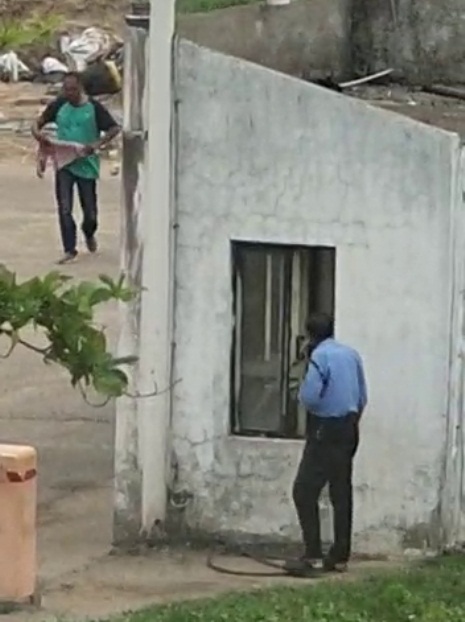 Bhubaneswar: In a major breakthrough in the brutal killing at Balianta area on outskirts of Bhubaneswar, the accused caught on the CCTV was identified hours after the footage aired on news channels.

As per the preliminary investigation, the suspect captured on the CCTV is identified as Mamun Routray, the younger brother of the deceased Pritam Routray, informed Balianta police IIC Pradeep Rout.

Though the reason behind the murder is yet to be ascertained, the property dispute or family feud could be the possible reason for which Mamun brutally killed his younger sibling, he said.

A manhunt operation has been launched to nab the culprit.

According to reports, both Pritam and Mamun were jobless and were financially dependent on their father’s pension. They were residing at Panchamukhi Apartment at Atalagada under Balianta police limits.

The incident took place on Friday afternoon when the Mamun attacked his younger brother with a sword on the road in broad daylight after a chase. The accused in the footage was seen walking on the road freely after dumping Pritam at an under-construction septic tank near Surekha Apartment.

The police rescued the victim lying in a pool of blood from the area and admitted him to the Capital Hospital where he was declared dead.

The entire crime was captured on a CCTV.

SVM Autonomous College Plus 3 results out