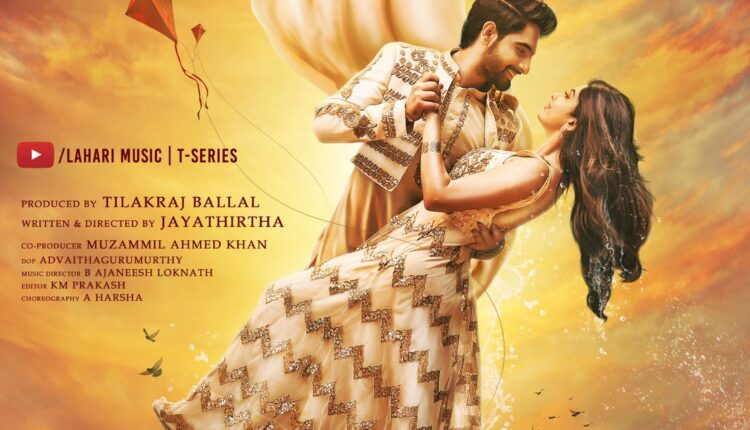 Bengaluru: ‘Banaras’, the first Kannada movie with a pan-India footprint, is all set for a big year-end release. The movie, which launches Zaid Khan, son of a well-known Karnataka Congress politician, has already created a lot of buzz.

The romantic movie’s making and posters have all successfully caught the attention of the audience. Khan is the son of the former Karnataka minister and Congress MLA, B.Z. Zameer Ahmad Khan. Sonal Monterio is the lead actress.

Written and directed by Jayathirtha and produced by Tilakraj Ballal, the film is being released in Kannada, Hindi, Telugu, Tamil and Malayalam. It is the second project of Jayathirtha, whose first was the superhit movie ‘Bell Bottom’, starring Rishab Shetty and Haripriya. Naryana Raj, Sujay Shastri, Devraj, Achyut Kumar and Barkath Ali are in the lead roles.

The movie has been shot extensively in the holy city of Varanasi. The team got the posters released in front of the samadhi of the late Kannada superstar Puneeth Rajkumar.